Now this certainly is a rather mammoth challenge, especially as I am still doing the 52 week one!

I want to see if I can step up to the challenge, if you are interested in finding out more or joining in then check out 'The Crumpet' the creator of this challenge and her blog. 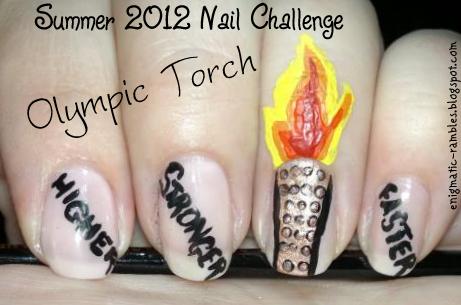 So apparently 2012's Olympic Games has the slogan ' Higher, Stronger, Faster'. The torch itself has 2000 holes in it which represent all the people who will be carrying it about the country. Not overly sure how that can be a good thing when you are supposed to hold it and there is a flame inside. Anyhow this was my interpretation of the Olympic torch starting its journey.