After using Bblond and bleaching the under layer of my hair in December, and then using Colour B4 three times in March and April I decided to continue with my aim to go purple. While the Bblond worked it did damage my hair, I lost about two inches from that. The Colour B4 worked somewhat on my hair and it only left me loosing one inch from the ends, which were probably damaged from the bleach.

I already had a navy tub of Directions and so why not use what I already have and mix with a red. 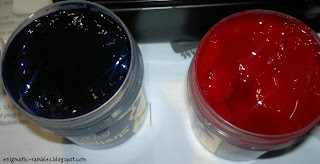 I used an old mixing tray and tinting brush 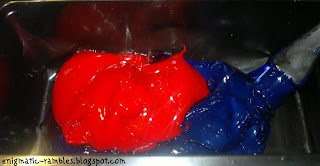 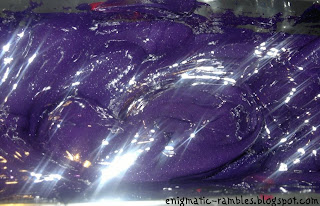 Mixed that all in

Slapped it on my head and hair, and apparently ears, neck and face! 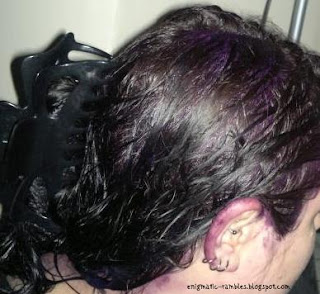 Dyed my scalp! Left it on for about four hours 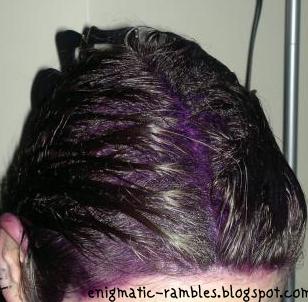 Getting a colour accurate photo was very difficult. My hair turned out a deep plum colour which will lighten as the dye washes out. 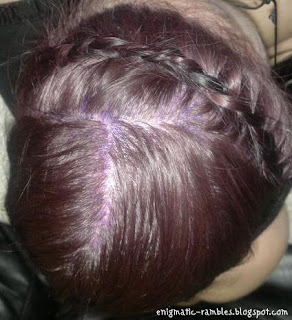 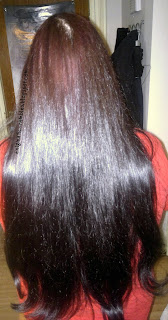 Before it wasn't very shiny at all, and was a bit of a boring dark brown on the ends from a lighter brown root area. Now it is very shiny, lighter plum colour at the roots to a dark almost black which shines plum lengths. Sort of a reverse ombré!

I have to accept my hair has been dyed black too many times to lift the colour lighter than in the before photo. I could bleach it but the damage done is too much and would end up in me loosing too much length. Right now I want to see how long it will grow, what is my terminal length? Don't want it longer than my tail bone though, I would end up sitting on it!

While plum isn't violet it still is purple, which for now is going to have to do!