Is it a exact copy of the previous GOSH Holographic?

I managed to find a bottle of the new polish and along with the old version thought it would be useful to do a comparison of the two. 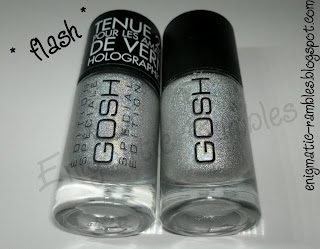 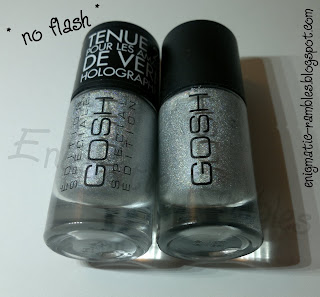 
Indoors under a LED light? 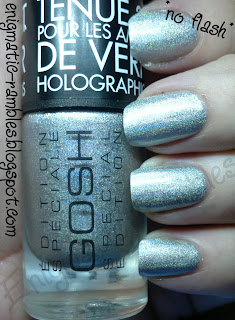 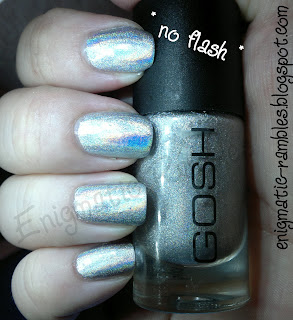 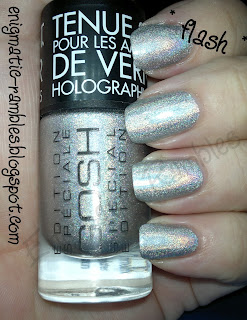 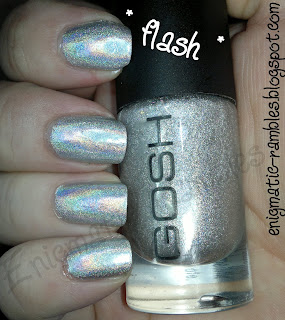 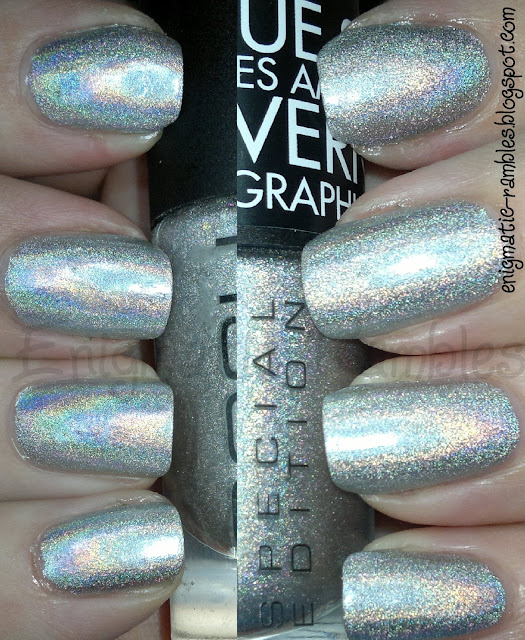 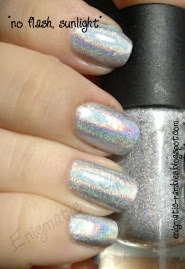 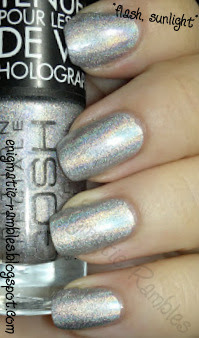 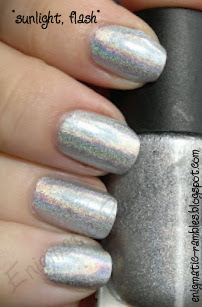 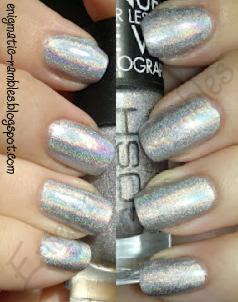 I do think there is a difference, GOSH holographic seems to have smaller holographic flare and gives a better holographic effect than the newer one. But the difference is slight and to the non-lacquer head unnoticeable. If you already have the original then you don't need the new holographic hero, other than for a back up!

Holographic Hero is nice enough with a good holographic effect, however not as good as the original.

GOSH - "Dear EnigmaticRambles: It is the same colours. We chose to relaunch Holographic. :) GOSH Cosmetics"

From what they are saying I think they are implying that it is the same polish just relaunched. I personally see a slight difference, but perhaps I got a dodgy bottle?