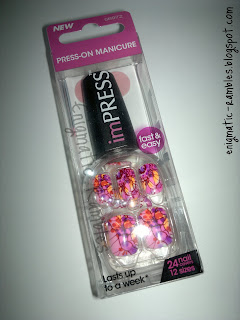 I got this in July as a birthday present, and having finally been able to wear these I can now review them. Click on any of the photos to enlarge.

"As a girl always on-the go, imPRESS is the perfect solution for a quick and easy flawless manicure." says Nicole Scherzinger.

The concept behind these are stick on nails which stay on for a week. Which of course as we all know isn't anything new! These have Nicole Scherzinger's name to them as well as various designs. Plain coloured, french and more decorated.

The set which I got was a detailed floral design called LoveStruck 140. If I were to chose I would pick a similar design because to do this design on both sets of nails would be difficult for me! 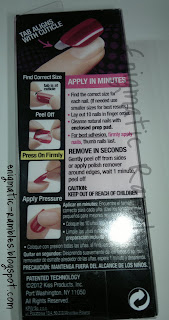 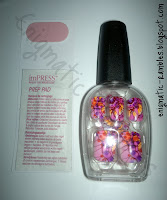 I agree with all four of those claims, only one I have a little issue with is the easy removal. I wore these on quite damaged nails and the sticky tabs are really very sticky and actually hurt my nails removing them. Had my nails not been damaged I still imagine it would have been difficult to remove as the tabs are so sticky. 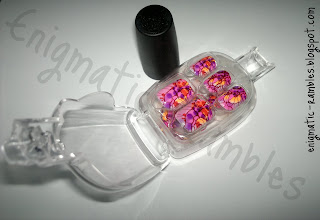 So what do you get inside of the box?

The oversized bottle is cute, I like the design. 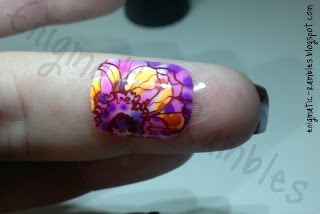 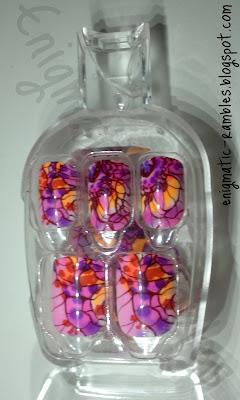 So what do I think?

Pro's
Packaging: cute as well as practical for storing the false nails in
Design: quite intricate and nothing I have seen before
Adherence: very sticky pads so they do stay put when you wear them
Variance: you get 24 nails which is great as once you have worn your size just file down the bigger ones and you have another set. Also you can remove the sticky pad and resuse them with other sticky pads
I prefer these sort of stick on nails to the nail wraps because these do not wrinkle around the edges and un-stick at the tips

Con's
Adherence: very sticky which can be a problem removing without polish remover
Thickness: quite thick when stuck to the nail which for me is annoying because they seem to float on the natural nail
Price: these ones are £8.99 which is out of my budget for a one time wear product. However as you get 24 you can half the price for each wear and as you can possibly reuse these I think the price isn't too awful
Length: I have a huge problem with this, which will be mentioned further below... 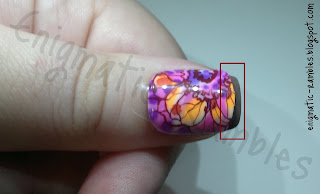 My nails at the moment aren't actually long at the moment. When I got these my nails were long and peeked out from underneath the press on nail by about 50mm which obviously meant I couldn't try them out. My nails then broke and I had to file them down so I finally could try them out!

At the moment you can see my thumb nail sticking out from under the nail. Which is quite annoying.


Ultimately I think that I am not the target market for the press on nails. Because I like to have my nails with some free edge to them, to wear these I have to have my nails filed all the way down. Also I like to change my polish more frequently than once a week. I would never of thought to buy these for myself and so being bought them for my birthday was a great idea and quite special. 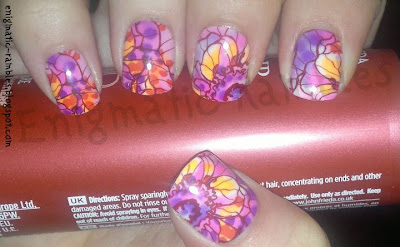 That being said, I would recommend them to someone who had short nails and wasn't confident in doing their own nail art. Especially if you can get them on an offer! The designs look lovely and last for a week, good for busy people who can't change polish all the time and need something quick and pretty.