G is for Ghoulish, so I may be pushing it a little with the Ghoulish theme here but I just had to share these nails. This is part of the ABC Nail Challenge being done over at Llama Nails. Originally they were to be entered in a competition but I must not have done enough stamping for that. Anyhow, on to the nails... 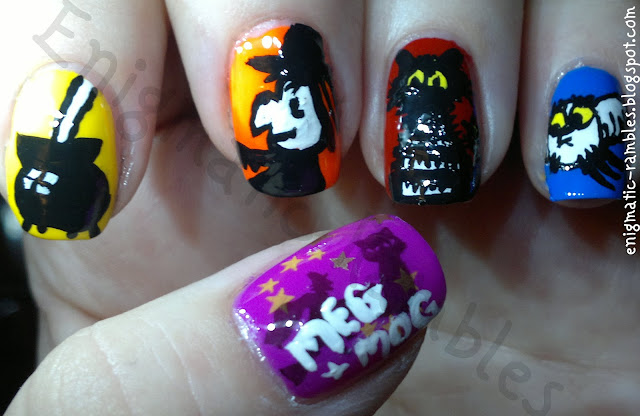 Meg and Mog was originally a set of children's books, but apparently later on it was turned into a cartoon. I must be a bit old to have known about the cartoon but I do remember the books.