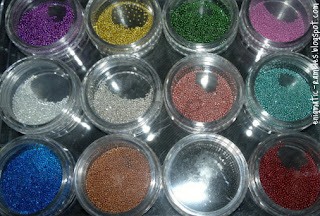 These steel balls have been in my 'to review' pile for well over six months now. Sometimes its easier to blog nails than write coherently and fully review a product. So seeing as I have had these for so long I can answer any questions!


I got this set of twelve coloured mini steel balls from BuyInCoins they were packaged well and arrived within three weeks as most of the orders do which I have placed with them. 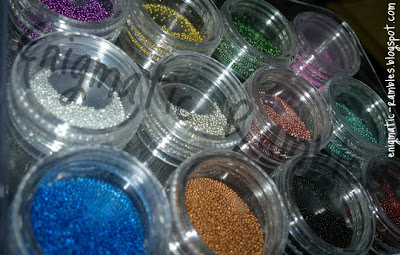 The individual jars came encased in a plastic tray / holder which I found useful for catching the balls when pouring them over my wet nails.


Colours aren't guarenteed, you get what you get. No duplicates in my set, there were a jar of clear and a jar of silver which do look similar in the jar but on the nail not so much. 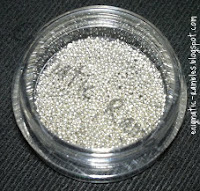 For less than 20p a jar I would recommend these steel balls. Not only are they a lot cheaper than that other branded 'caviar' nail kits bu they are nice for using singularly rather than covering the whole of the nail.

The polish is W7 Mercury and this picture actually shows the duo chrome shift really well. All I did was paint  my nails, then straight after I dipped my finger in to the beads and then sprinkled more over the places I had missed. Use a top coat to seal the tip but not the whole nail otherwise you will spoil the effect. 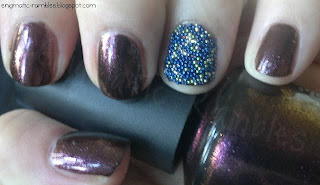 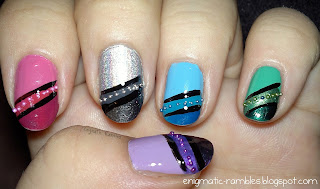 What do you think of the textured nail look?