I originally tried ELF Mineral Foundation back in 2011 when I had a Mineral Starter Kit, the shade I used then was 'Light' which was a bit too dark for me. However ELF brought out some lighter shades and so I opted for the shade Porcelain.

The foundation comes in a box 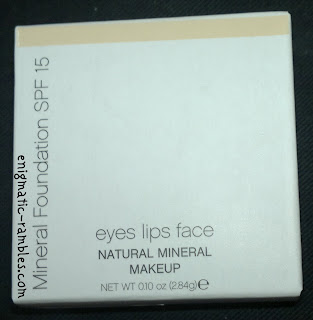 Within the box the actual foundation comes in a small pot

There is a seal over the holes 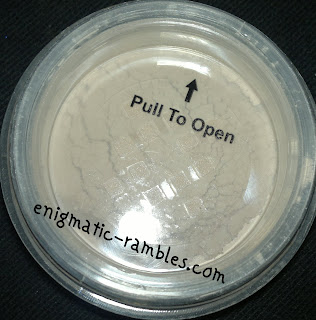 On to the foundation itself, the below is it applied using the ELF Mineral Face Primer as a base. As you can see  my skin prior to using the foundation has a shine to it and the colour is blotchy with redness. My pores are very visible (and whilst there minimisation could be down to the primer it is worth noting).

With the foundation applied you can see my skin tone is even, the acne scar residue is covered and it has left my skin with a demi-matte finish. The foundation itself was a light coverage, however you could build it up to a medium coverage without it looking cakey.

I prefer to wear a mineral foundation when the weather is hot (UK hot, over 20 degrees) as it doesn't melt off your face. It doesn't have the most amazing staying powder, but it will stay on the face for around 5 hours without a touch up.

Something worth noting is also the foundation has a SPF of 15, which isn't amazing but I tend to avoid the sunlight anyway as my skin has enough moles as it is. So if I were to sunbathe or go outside in the sunlight for any length of time I would wear a higher SPF. I didn't find this flashed back though when photographed.

What I would say is if you have dry skin then a mineral foundation probably isn't for you as it will cling to those areas.

This is a foundation I would repurchase.