Reckless is part of Makeup Revolution's Amazing Lipstick range, which also means it is only £1. The packaging is basic but functional, the lid has the colour of the lipstick in which is great for storage. 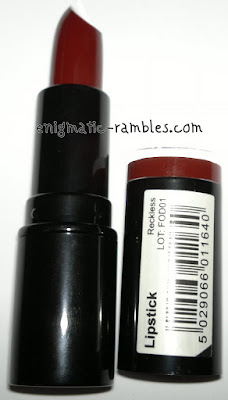 In the bullet it looks a deep red, almost a brown red, but swatched and worn on the lips it is much more a bright red. A classic pin up red I would describe it as. 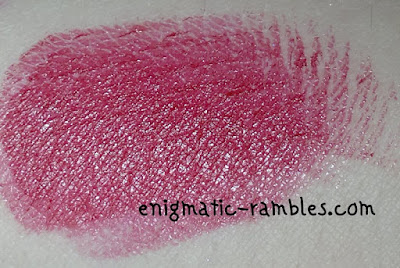 It took a couple of swipes to build up opacity, I also used a lip brush to help create a straight boarder around my lips. Below I didn't use a lip liner but next time I think I would purely because it is a very bold colour.

It was moisturising and glossy. not drying at all. Because of the moisturising formula it doesn't last the longest but I found it lasted three hours before I had a check up on it, which with a red is great.