Another month where I used up eight nail polishes.

ELF - Plum - A polish I liked, but with ELF not selling nail polish at the moment not one I will be repurchasing [swatch].
Miss Sporty - 306 - This wasn't very opaque so not one I would buy again.
Ciate - Magic Carpet - It dried up and while I could use thinner to fix it, it isn't one I ever reached for [swatch]
Ciate - Enchanted Rose - Same as the previous, dried up [swatch]. 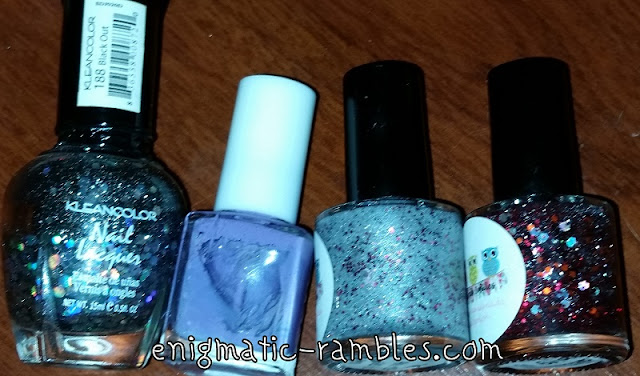 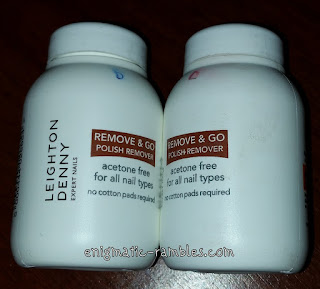 Leighton Denny - Remove and Go Pots - I liked these, made removing polish easy. Not sure I would go and buy these as I prefer using my own DIY version [review]. 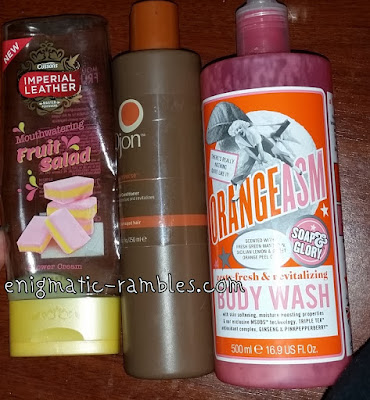 Imperial Leather - Fruit Salad Shower Gel - This smells just like the fruit salad sweets. The scent didn't linger and while it was nice it isn't something I would go out of my way to repurchase.
Ojon - Conditioner - This was really nice, very thick and luxurious. Made my hair feel very soft, it did however weigh my hair down the day after. I wouldn't purchase this because it for me is too expensive.
Soap and Glory - Orangeasm Shower Gel - I like the Soap and Glory shower gels, they are big at 500ml and the pump is very useful. This one smells of orange oil rather than orange chocolate. Still nice and I might repurchase but first I want to try the other scents. 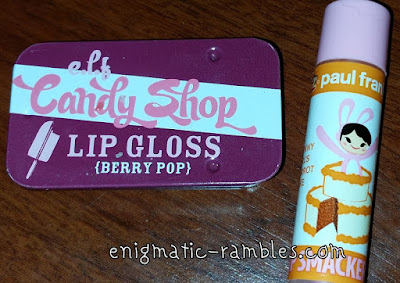 ELF - Lip Gloss Berry Pop - I have no idea where this had disappeared to but I found it recently and it was long over due a visit to the bin. The colour was nice of this though.
Paul Frank Lip Smackers - Carrot Cake - This one was really, really amazing smelling. It smelt of actual carrot cake, the cinnamon and butter icing. Worked well as a lip balm to which is always a bonus!

Last I have a few Yankee Candle Votive's and Wax Tarts 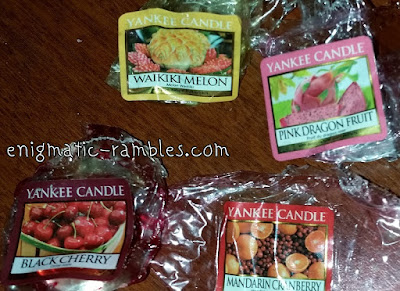 Waikiki Melon - Very much a summer scent, fruity.
Pink Dragon Fruit - A fresh fruity scent.
Black Cherry - This scent is up in my top five favourite ones, deep and fruity
Mandarin Cranberry - Really fruity and a bit seasonal. 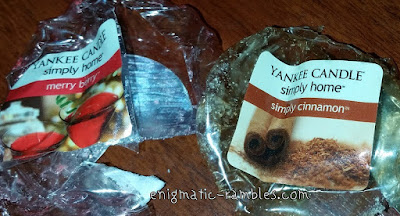 Merry Berry Wax Tart - The scent was a little wine like, but it wasn't much of anything.
Simply Cinnamon Wax Tart - Not much of a scent throw.