Swatch: MoYou - Peel Off Polish - Mambo in the Rain*

MoYou have released a new range of peel off nail polishes, in nine different colours and finishes. The bottles are rectangle which is different from their stamping polish range. They are water based and non toxic.

This is Mambo in the Rain which is a vivid blue shade, similar to Nails Inc Baker Street. 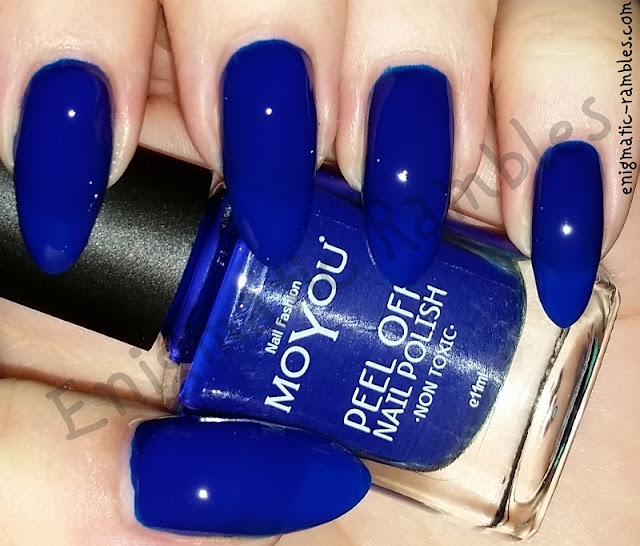 I found this polish easy enough to work with, this shade worked best using three thin coats, which you can do. Some peel off polishes can be quite thick, this dries relatively quickly which again is good for a peel off.

They don't damage your nails, they can be a little drying but nothing a dab of cuticle oil can't fix.

These polishes can be worn alone or with nail art.

This shade also doesn't stain which again is something I look for in a navy polish. 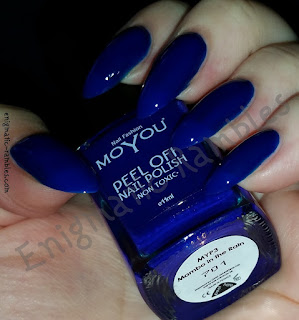 Labels: Mambo in the Rain, MoYou, Peel Off, Review, swatch