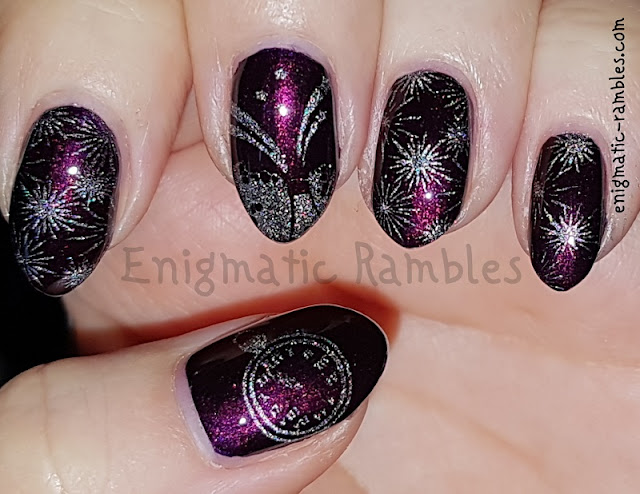 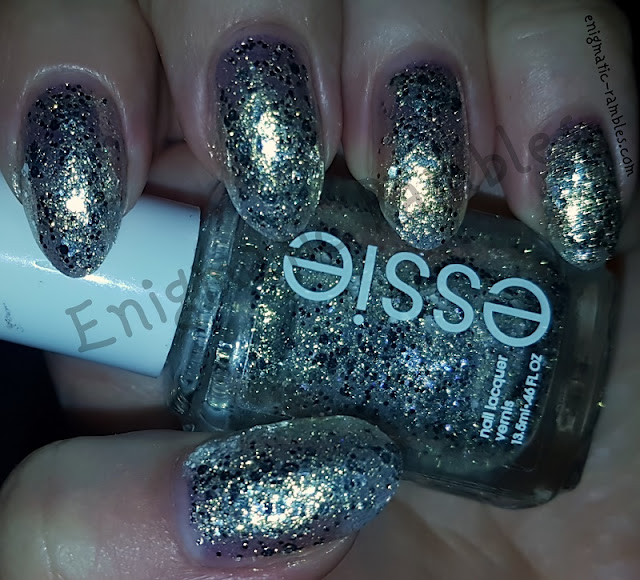 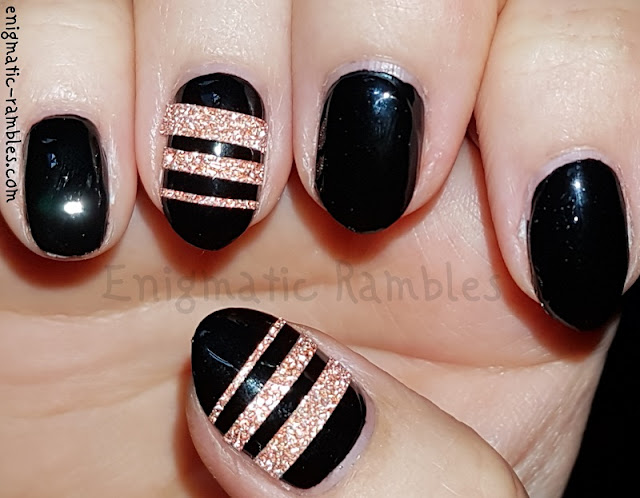 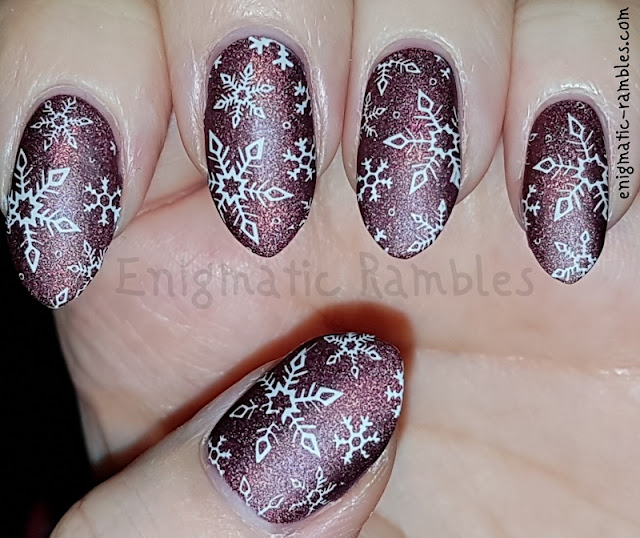 Many years ago I did South Park nails, here is a updated version, which is a lot better than my 2010 attempt!

"Mr Hankey, The Christmas Poo
Small and Brown, he comes from you
Sit on the toilet, here he comes
Squeeze and tween your festive buns"
South Park - Mr Hankey the Christmas Poo 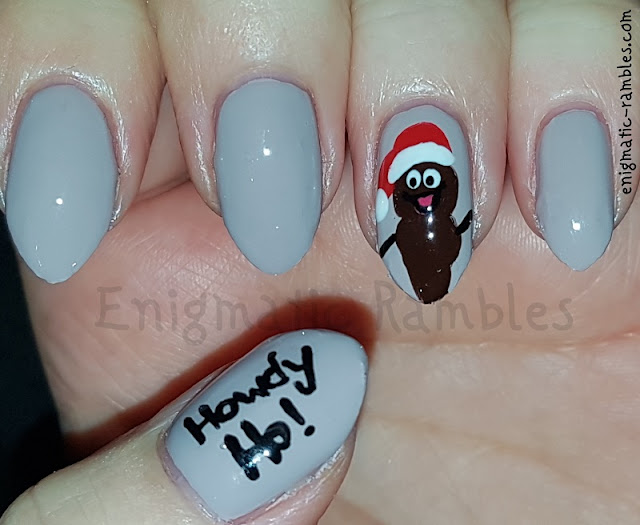 So the top three were A England's Briarwood, Danglefoot Polish Oh Plesiosaur and A England Moth A Fairy. 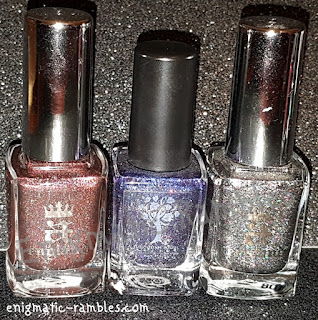 A England - Moth A Fairy was the first polish to be eliminated, because it was the lightest of the three and I do prefer darker polishes. 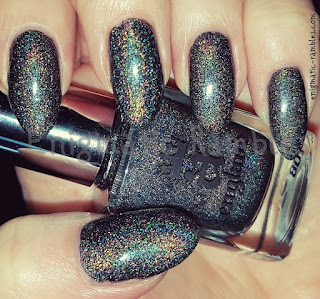 The next two were very difficult to chose between. I do love both of the polishes, but I chose Danglefoot Oh Plesiosaur for second place because of what I have been wearing the most recently. 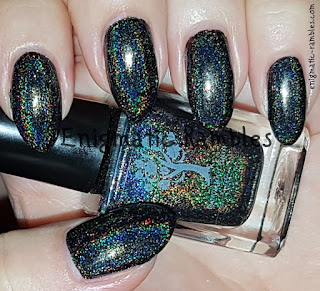 Which of course means A England - Briarwood is the winner of my nail polish battle 2018. I chose this one because it really has been one I have been wearing a lot of recently. I even wore it as is which is rare for me. It's the perfect autumnal holographic polish. 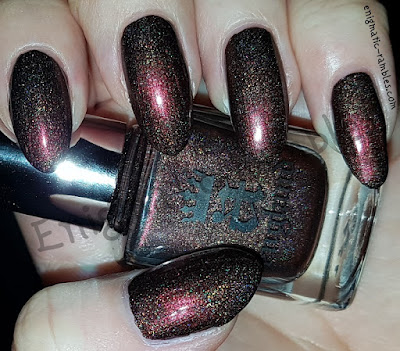 Some seasonal tartan and stag head nails inspired by badgirlnails on Instagram. 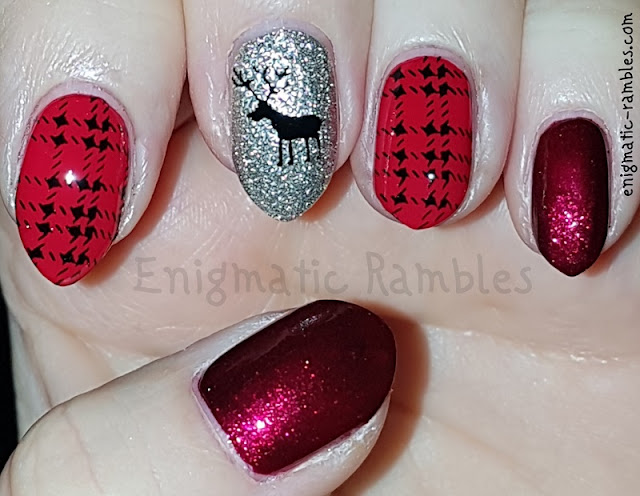 After eight different polish battles today I have my top three from the top eight.

Choosing the top three was difficult as I do like all of them. I do seem to have a holographic theme to my top three polishes this year!

I chose A England - Briarwood because it is a beautiful autumnal holographic polish which I have been wearing a lot recently. 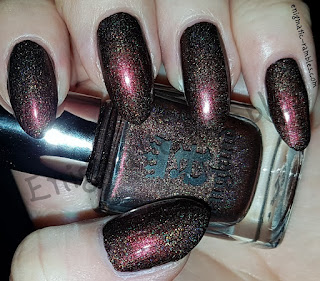 Danglefoot Polish - Oh Plesiosaur is a charcoal polish which is super holographic in finish. 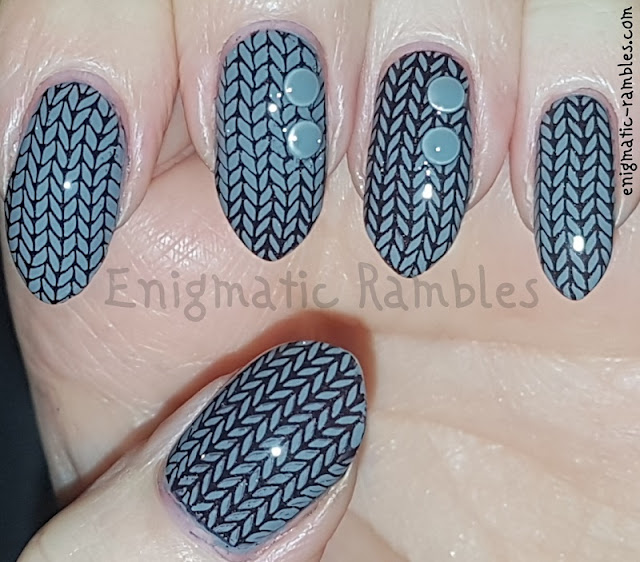