I imagine empties posts went out of favour a long time ago, however I think it can be useful to not only see the things someone has been buying but the things that they liked enough to use all the way to the end.

January 2020 saw the end of quite a few nail polishes; 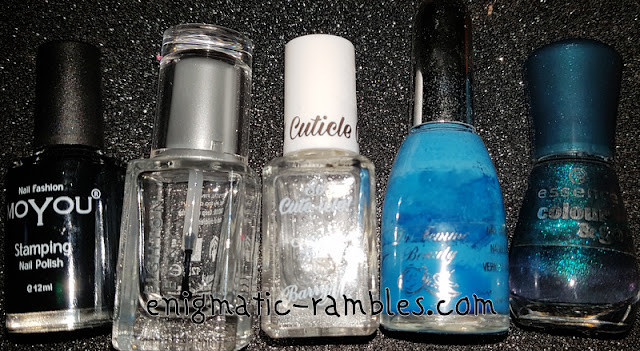 MoYou - Stamping Nail Polish - Black | This is my second or third bottle of this, it is really good and cleans up easily too [full review].
Leighton Denny - Crystal Finish | Dries slightly faster than usual, nice glossy finish. I have others I prefer so won't repurchase [full review].
Barry M - Cuticle Oil | Second bottle of this, really not keen on the scent coconut so I will be making my own and using that instead. Thee product itself however is nice [full review].
La Femme - Sky Blue Cream | Very basic blue cream polish, it was nice enough but not one I would repurchase [swatch].
Essence - Miss Universe | Almost a duochrome polish, nice but don't think they still make this range [swatch]. 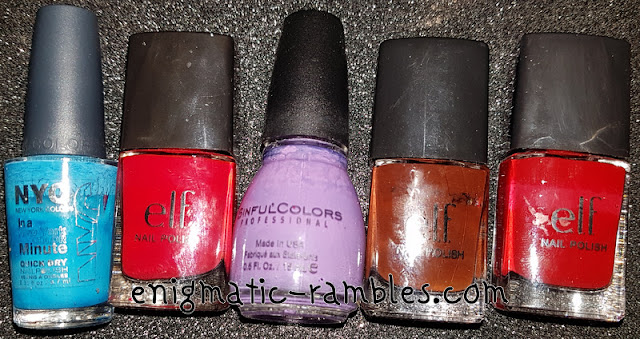 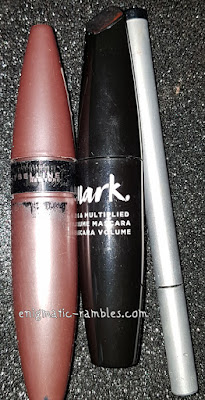 Maybelline Lash Sensational Mascara | I really liked this mascara, the brush meant I could reach the roots of the lashes as well as comb through the rest of them. I won't repurchase this as Maybelline is not cruelty free.
Avon Mark Mascara | Very much a basic mascara, wouldn't repurchase.
Eyeko Eyeliner | I really liked this, I wish they weren't so expensive, £16 for something that can only last so long. 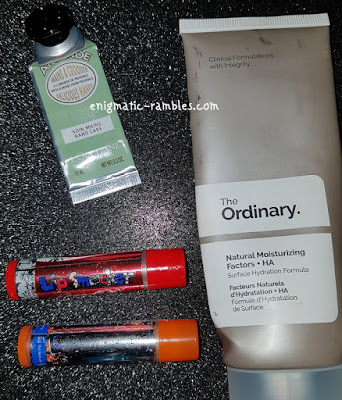 L'Occiatane Almond Hand Cream | L'Occitane do some of the best thick, heavy duty hand cream. This one would be my favourite scent, I won't repurchase as I recently got a large one for Christmas.
The Ordinary Natural Moisturizing Factors | This tube took me quite some time to get through, this plays nicely with make up and is a good basic daily moisturiser. I have already repurchased this.
Lip Smacker Coca Cola + Fanta Orange | I like the formula on the lip smackers they do what they are supposed to do. I would repurchase lip smackers again, however I have quite a lot left to use up before buying any more! 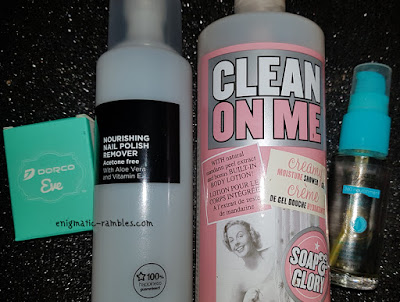 Dorco Eve Blade | These blades are good, each head has six blades on with a bendy section in between. Makes it less likely to nick myself. Would repurchase, if I didn't already have many.
Superdrug Acetone Free Polish Remover | Basic remover but does the job without taking off any repairs made to the nail, usually I use a DIY acetone remover.
Soap and Glory Clean On Me | Classic Soap and Glory pink scent, would repurchase this.
Avon - Moroccan Oil | Gone through many bottles of this, I like it and it does help my hair to feel smoother, dry quicker and look shiny [full review]. 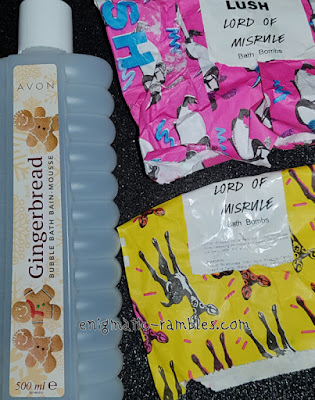 Avon Gingerbread Bubble Bath | The scent to this was nice and it did make bubbles, the scent however didn't linger and isn't something I would repurchase.
Lush Lord of Misrule Bath Bomb | So glad to have had these back in my life. Patchouli, earthy, spicy. Would keep repurchasing as long as they come out for Halloween. 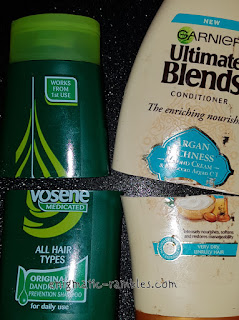 Vosene Shampoo | Does what it is supposed to do, the scent is medicated and does linger on my hair if my conditioner isn't strongly scented.
Garnier Ultimate Blends Argan Conditioner | I keep repurchasing this. It is thick and smells of argan oil and the scent lingered in my hair as well as leaving my hair soft and smooth. 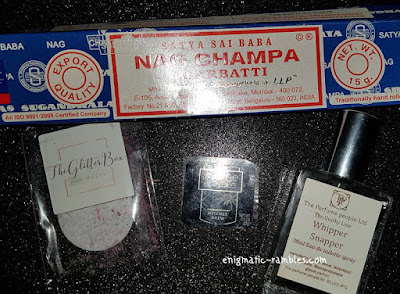 Nag Champa Incense | This one is particularly potent, not one you can ignore, but actually has a scent rather than just burning wood. Won't need to repurchase for a while as I have a box of 15 left to go.
The Glitter Box Mulled Wine | I wasn't too keen on the scent of this, for me it was a little too floral and not spicy enough.

Yankee Candle Witches Brew | My favourite candle scent, if only Yankee Candle would bring this out again then I would repurchase.
The Perfume People Whipper Snapper | A scent dupe for Lush You Snap The Whip which was a body butter scrub bar which has been discontinued. It smelt very similar to the berries in The Comforter, cassis and bergamot.