For the most of 2020 wearing lipstick was pointless, either not going anywhere or if you were mask wearing was near enough compulsory. I went through my lipstick collection and 11 of them I've decide are not my colour, finish or is out of date. 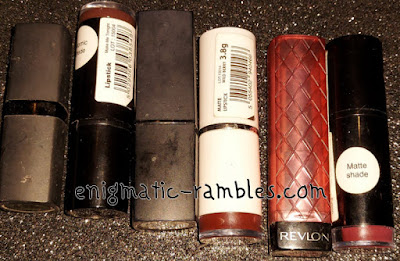 Barry M - Touch of Magic Green | This one changes colour depending on your personal Ph level, on me it is a pretty bright pink colour which isn't my preference.
Revolution - Make Me Tonight | Didn't get an even colour pay off on this, looked too patchy to wear.
ELF - Fiery Fuchsia | I think this is my second or third tube of this colour, it's a very natural pink shade in a standard formula so doesn't wear very well particularly under a face mask [review].
MUA - Wild Berry | I used to really like this its a subtle purple shade, since I bought this I have found liquid lipsticks which are both a better formula, not patchy and last longer [review].
Revlon - Lip Butter - Raspberry Pie | I bought this for a wedding and I don't think I even wore it, the formula is too buttery and slid around too much for a bright colour for me [review].
Revolution - Fusion | Another bad formula lipstick, it has poor colour pay off and is too waxy [review]. 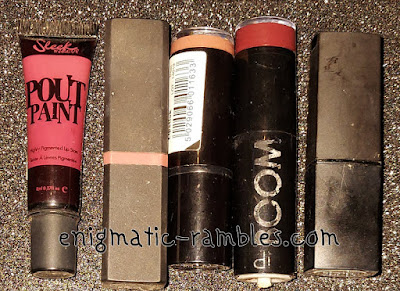 Sleek - Port | This one is very old, it had slipped behind my dresser! I liked the colour of this, very bold deep pink. It was very easily smudged though which meant I didn't reach for it very often [review].
ELF - Wink Pink | Nice enough lipstick just too pale pink for me [review].
Revolution - Treat | A nude brown lipstick, very neutral which isn't me and the formula is a standard lipstick one so doesn't work with a mask.
MUA - Its A Situation | This was a double ended lipstick but I really did not like the glittery gloss so cut that off. It was a deep berry, I wore the lipstick end a lot, this one I actually finished [review].
ELF - Barely Bitten | I feel like this was my second tube of this, it is a 'my lips but better'. I don't think I would purchase another tube of this as its too neutral on my lips [review].
I didn't only finish lipsticks in December! 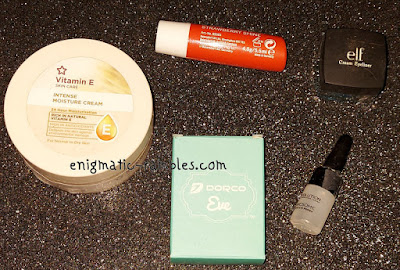 Superdrug - Intense Vitamin E Moisture Cream | I liked the night cream from this range but this one was not good, I found it stung on my face and it wasn't even that moisturising.
Nivea Strawberry Lipbalm | Quite liked this, did what you would want for a lipbalm. It does have a slight red colour when applied to the lips. I would use this again.
ELF Cream Eyeliner - Teal | I bought this with the intention of trying bright colours, however I never reached for it and it dried up. Bright coloured eyeliner just isn't for me [review].
Dorco Eve Razor Blade | I like these ones, I don't seem to cut my fingers using them. Each head has six blades on with a bendy section in between. Makes it less likely to nick myself. Would repurchase, if I didn't already have many.
Revolution Awesome Liquid Primer | You mix this in with powder products to make them turn in to cream products. Really helps make metal eyeshadows pop. This mini one dried up but I already have a full sized mixing medium so won't repurchase. 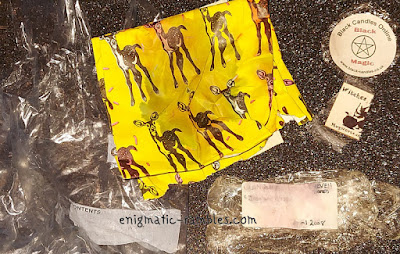 Lush Bat Art Bath Bomb | Very conflicting views on this, it was a lovely dark colour and smelt nice. However it stained my bath and left me and the bath glittery.
Lush - Lord of Misrule Bath Bomb | Patchouli, earthy, spicy. Would keep repurchasing as long as they come out for Halloween, I recently stocked up on about five [review].
Black Candles Online - Black Magic Wax Melt | Quite a citrus and fresh scent, good scent throw to it. I'd not repurchase it as the scent isn't my preference.
Mugworts Witches Brew - I thought this might smell like Yankee Candles Witches Brew but unfortunately it did not. Very much straight up patchouli which is a bit too floral for me.
Lush Quinquereme of Nineveh Soap | Finally got around to using up a soap I had since 2008! Smelled nice, lathered up well, creamy. As convenient as shower gel is I think bars of soap may be the way forward, much less plastic. 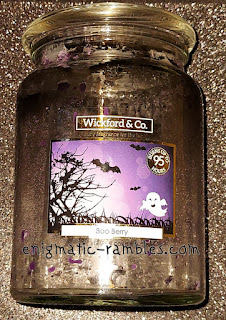 Wickford and Co - Boo Berry Candle | I liked this it smelt of blueberries. Not a bad scent throw to it either. I would repurchase it.