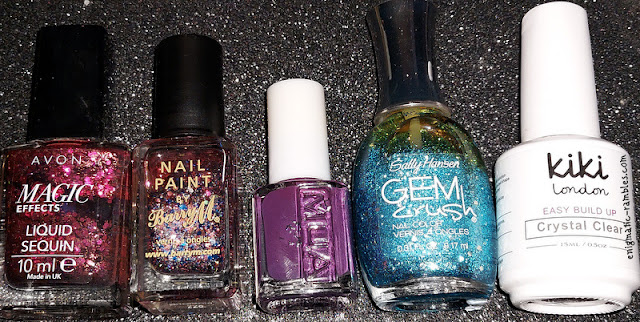 Avon - Dazzle | Polish has well and truly dried up, it was okay [swatch].
Barry M - Jewel Britannia | This was released for the Queens jubilee in 2012, a possible dupe for OPI Rainbow Connection. The glitters had started to bleed in to the base and had started to dry up.
MUA - Deepest Purple | I like this colour and used it up, I have others the same so won't be repurchasing [swatch].
Sally Hansen - Bling-tastic 04 | This had two types and colours of glitter in, it became very thick [swatch].
Kiki London Clear Builder Gel | I have been using a gel overlay on my nails for a few months now and it seems to help them stay long. I am very clumsy and misjudge where my hands are when I try pick something up so this helps that. Not sure if it would work to build length but that is what it is designed for. 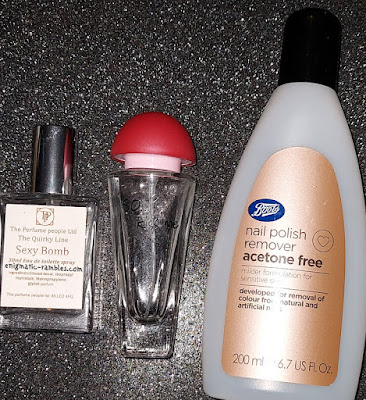 The Perfume People - Sexy Bomb | Smells like Lush's Sex Bomb bath bomb, scent lingers around for a while. I think I had a back up of this so won't be repurchasing just now.
So...? Kiss Me Perfume | Glad to have used this up, it wasn't my kind of fragrance.
Boots Acetone Free Remover | Does a good job, would repurchase. 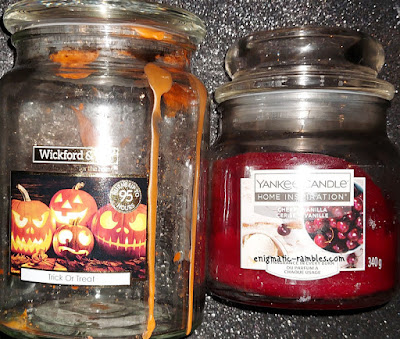 Wickford and Co - Trick or Treat Candle | I think the scent of this is dolly mixtures, it's hard to work out. I liked it and if it was out all year I would repurchase.
Yankee Candle - Vanilla and Cherry | Similar to Black Cherry but a bit sweeter, would repurchase this. 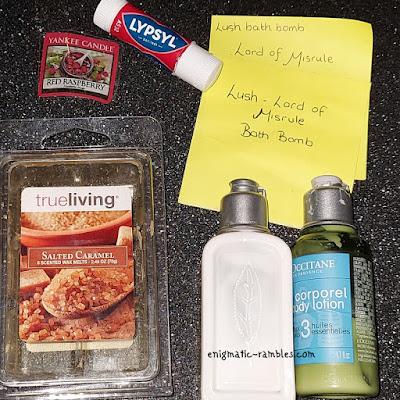 Lypsyl | Didn't like this it made my lips tingle, think I might have been allergic to something in it.
Yankee Candle - Red Raspberry | A nice scent to this, would repurchase.
Lush - Lord of Misrule Bath Bomb | Patchouli, earthy, spicy. Would keep repurchasing as long as they come out for Halloween, I recently stocked up on about four [review].
True Living Salted Carmel Wax | Had a nice scent throw to it, would repurchase this.
L'Occitane Moisturiser | Both of these were very scented, lotion was okay but the packaging was bad for getting the lotion out.