I went through my polishes to update my collection page and decided to get rid of six Kleancolor polishes as every time I use them I get a headache from the strong smell. 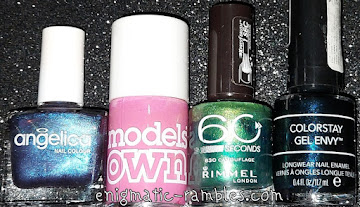 Angelica Twilight |  Metallic shade, which has separated beyond fixing [swatch].
Models Own Pink Blush | Went to use this for Valentines but it had completely dried up [swatch].
Rimmel Camouflage | A shimmer green, used this up [swatch].
Revlon Blackjack | Very dark blue shimmer, used this up also [swatch]. 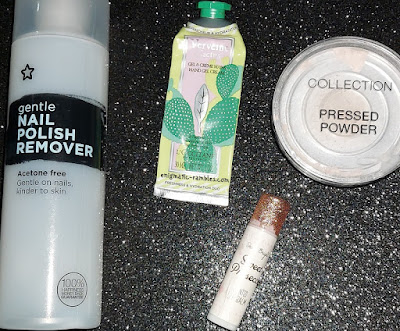 Superdrug Acetone Free Polish Remover | Did the job, I'd repurchase again.
L'Occitaine Verbena Cactus Hand Lotion | Light, quickly sinks in and the scent lingers. Not sure what cactus smells like, think this is mainly verbena. I would repurchase this.
Collection Pressed Powder | Good basic, would repurchase.
Sweet Prosecco Lip Balm | I really didn't like this, it left a white tint when used and the glitter from the lid came off every time I used it. 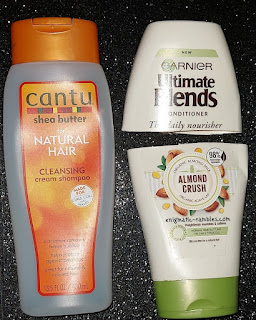 Cantu Cleansing Cream Shampoo | Foaming, sulphate, silicone and paraben free, CGM friendly. Very thick and scented like pina colada. I would possibly repurchase this shampoo.
Garnier Ultimate Blends Almond Crush Conditioner | Vegan, paraben free, silicone free, CGM friendly. This has some protein in it, scent lingers in my hair. I would describe this as a standard conditioner, rather than intensive or very lightweight. I would repurchase this. 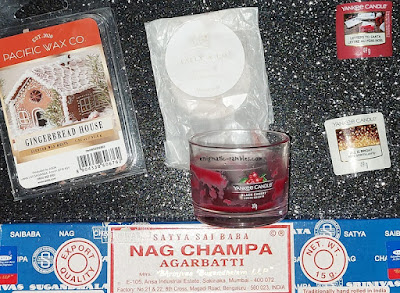 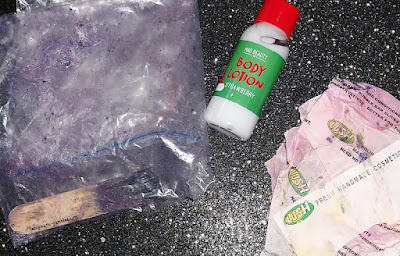 Lush Screamo Bubble Bar | I tried bubble bars on a stick when they first came out and didn't like them as after one use it fell of the stick. I thought by 2021 they would have improved it but this fell off after one use. I ended up using it in a sock tied over the tap to create bubbles. I'd not repurchase.
Mad Beauty Strawberry Lotion | Very thin formula, artificial strawberry scent I'd not repurchase.
Lush Angel Delight Soap | I have had this for many years and only just getting around to finish it off. It smells very fruity and is a pink and purple swirly soap. I liked it and would potentially repurchase.