These five pots of multichrome flakies come in individual baggies, inside of these are a small 1g pot of flakies and a foam tipped applicator.

You can apply them by dipping the applicator in to the pot and then dabbing over the tacky base coat. I used my finger to do this rather than the applicator because the flakes are quite large and don't need burnishing in.

You could use a gel polish and use the inhibition layer to stick it too or as I did just a normal polish which is about 90% dry. They are quite textured and so I needed two coats of a topcoat to smooth them down.

Four of these I have applied over a black base; 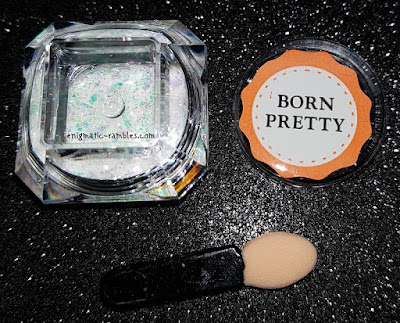 The first one is a pink to green duochrome shade 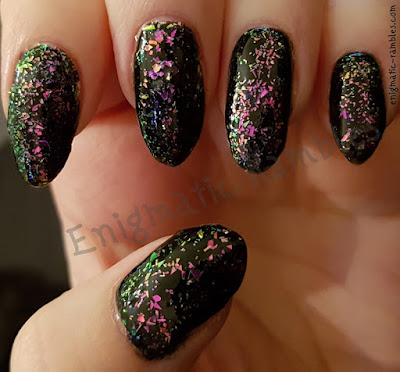 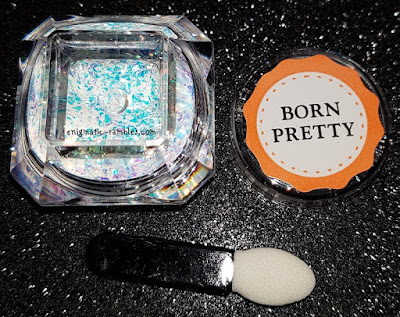 The second on is a orange to green duochrome 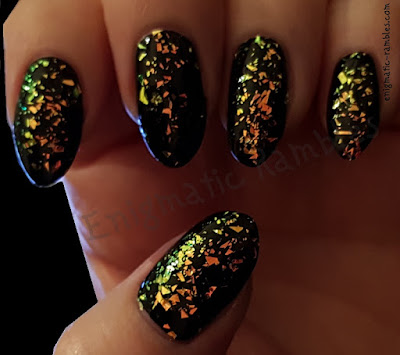 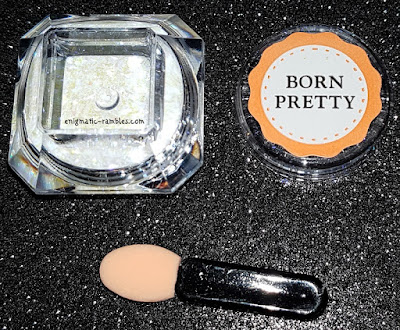 Pot three is a blue to purple to turquoise duochrome 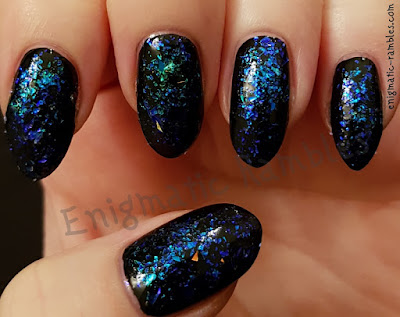 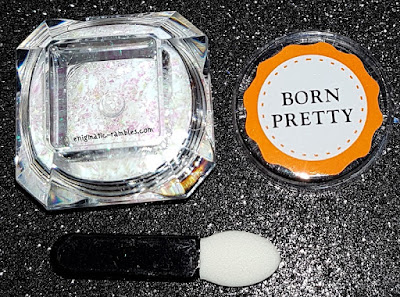 Pot four is predominantly green, but it does have some blue duochrome to it 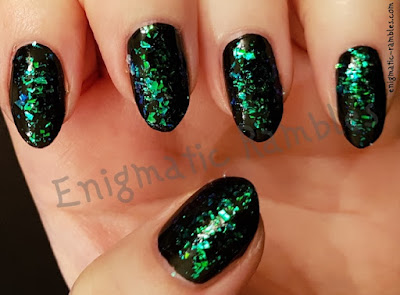 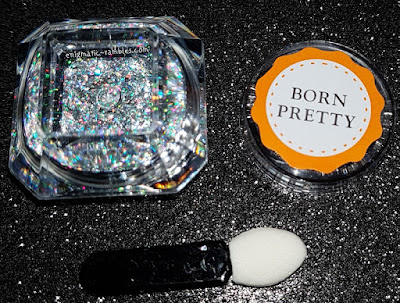 Pot five I applied over a silver base polish. It is holographic shards which don't look that special in the photo below but when your hands are moving and catching the light you can see the holographic pieces better. 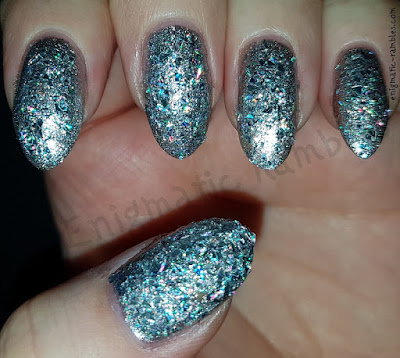 Hopefully the video below shows the holographic and multichrome partials better than static photos. 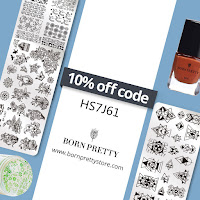