Finally I am reaching the end of the 2020 battle!
The last round we ended up with the top three polishes, Jinx, Magma and Eclipse; 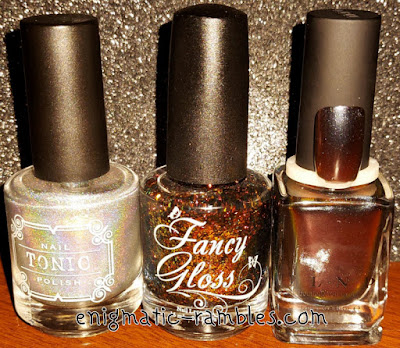 For me the first polish to eliminate was Jinx, it is a stunning polish, strong holographic silver. 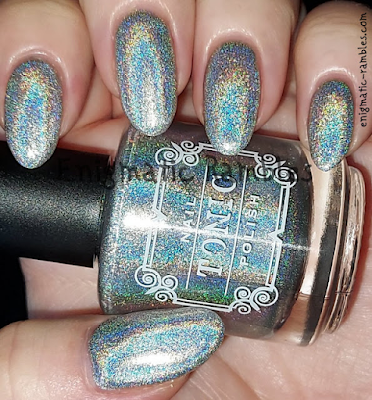 Choosing between the top two polishes was very difficult! In the end coming in at number two was Magma, I like all of the different autumnal colours the flakies show. Only came second because it is a topper rather than a polish you can wear as is. 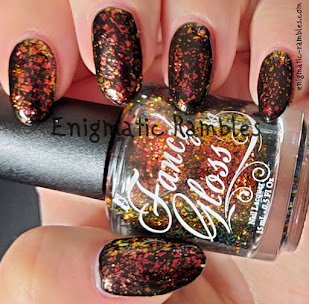 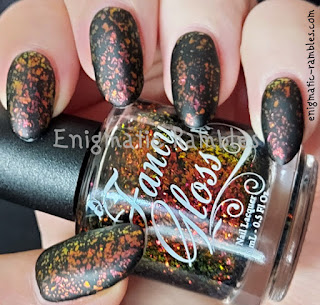 Which means that the winner of 2020 nail polish battle is ILNP Eclipse. I think it was the first of a kind with its multichrome deep red pigment. It is incredibly distracting when wearing it as it changes colours in different lights, and different finger positions. 2020 was a year that called for distraction and that is why Eclipse won. 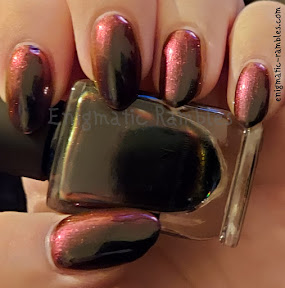 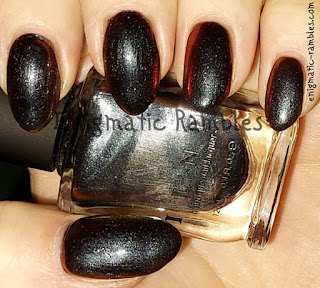 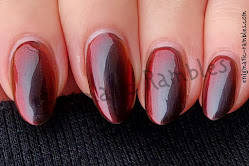 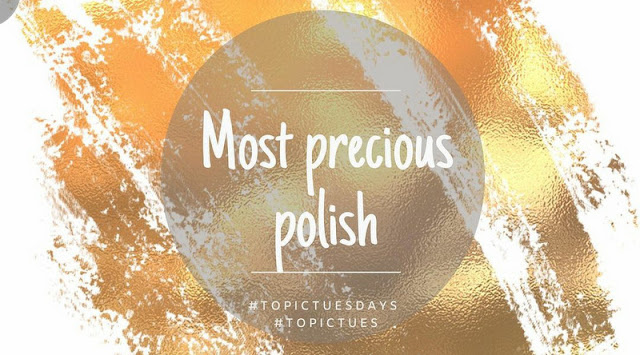 I think that my most precious polish is the one I wore when I got married. Didn't cost much but it means a lot to me, Revlon Facets of Fuchsia. I was wanting Deborah Lippmann Bad Romance one but when we went to buy it they didn't have stock so got the dupe instead. 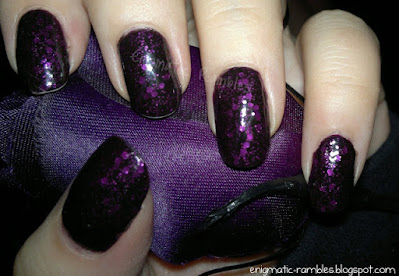 Having completed all of the seven colour categories the following polishes won each round;

Tonic - Jinx // UberChic - If You've Got it Haunt it // Barry M - French Rose // Fancy Gloss - Magma // Danglefoot - The First Avenger // ILNP - Eclipse // UberChic - Say Boo and Scary On
Harder to chose my top three as they were all already up there in favourite tier. Jinx is a very holographic silver polish and the other two are both darker shifty duochromes. 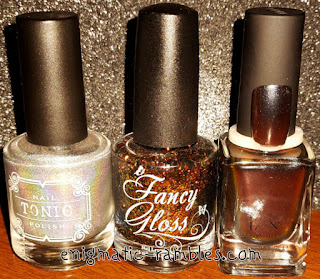 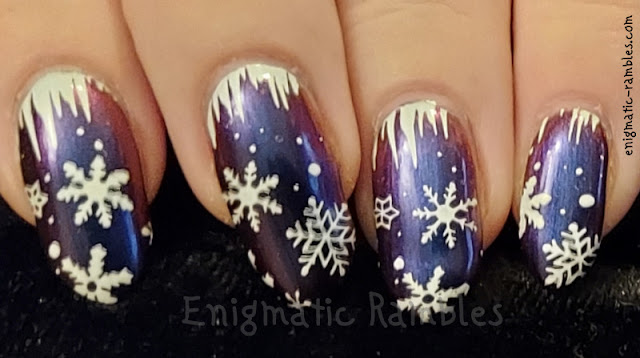 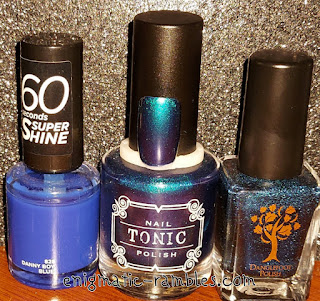 Danny Boy Blue is a true colbalt blue, quite vivid similar to the original Sally Hansen Pacific Blue or Nails Inc Baker Street. No mistaking this for black or even a white, certainly a blue. 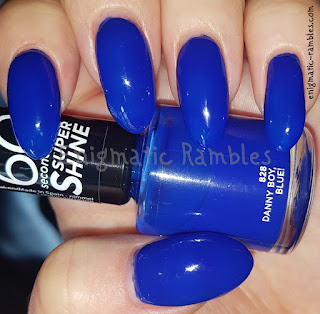 Dragons at Dusk is a beautiful duochrome polish, changing from blue to purple, there is also some teal in there too which is nice. 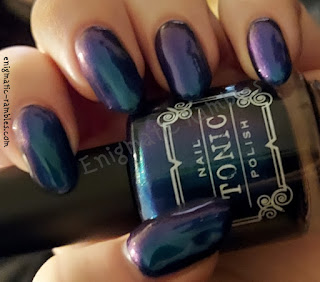 Which means the winner is The First Avenger which is a beautiful metallic primarily blue but a duochrome changing to purple on different angles. 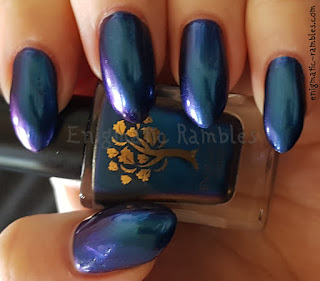 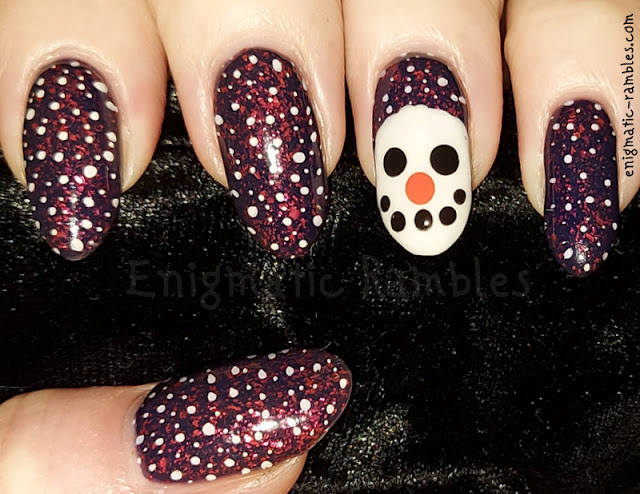 I appear to have a thing for purple polishes having 19 new ones in 2020! 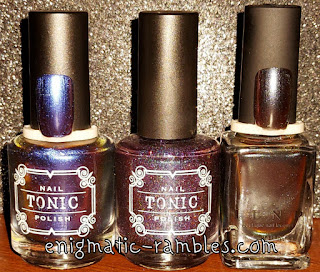 Pegasus Parade which is a purple blue duochrome polish, quite shifty and difficult to photograph! There is also some maroon in there too depending on the light and angle. 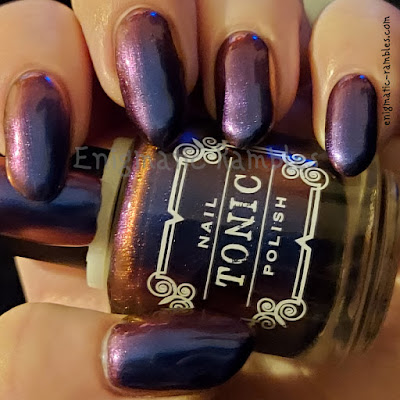 The Answer is 42 is a duochrome purple blue polish which I struggle to photo, it also has flakies and scattered holographic pieces. 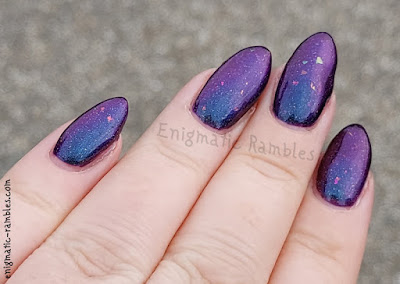 Which means that Eclipse is the winner, this is such a shifty multichrome it was hard to know what colour category to go in. Looks black straight on, changing to red, orange, yellow, beautiful. 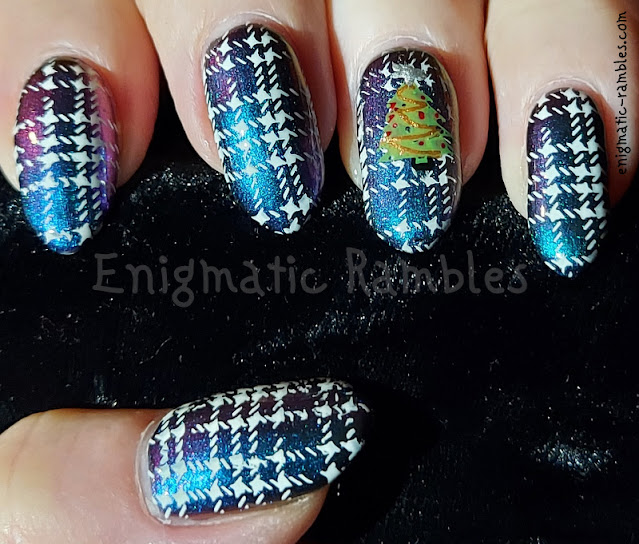