MoYou describe it as;
"MoYou Nail Fashion's Chilean Fire stamping nail polish is perfect for the summer season. Use this with tropical stamping nail art plates for a stunning manicure.  Works best with bright tones and has a softer and subtle shade on darker colours." 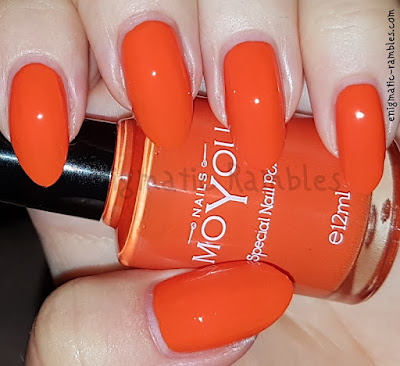 Chilean Fire is a orange shade which dries to a semi matte finish. MoYou say it is great for summer nails however I think Halloween stamping is great with this polish. The brush is flattened and wide. 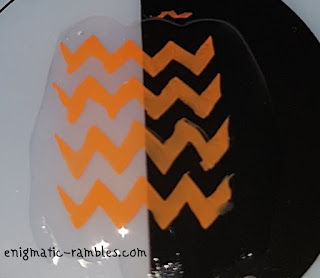