MoYou describe it as;
"Chestnut Road stamping nail polish by MoYou Nail Fashion is a berry red colour, ideal for the festive season and Spring. This shade is perfect as a base or a stamping design suitable for all stamping plates" 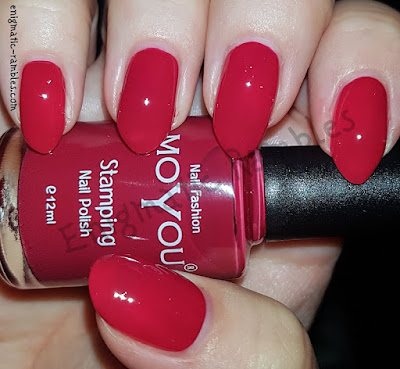 Chestnut Road is a darker red shade which dries to a semi matte finish. As well as it being good for Christmas I think it would be good for Valentine's Day. The brush is flattened and wide. 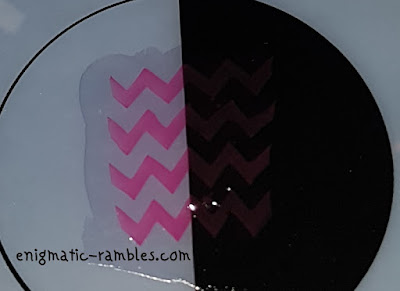 I used this on the MoYou stamping mat to show it over a dark base as well as a light base and I would say while it does cover lighter bases, over a black it struggles to be seen.