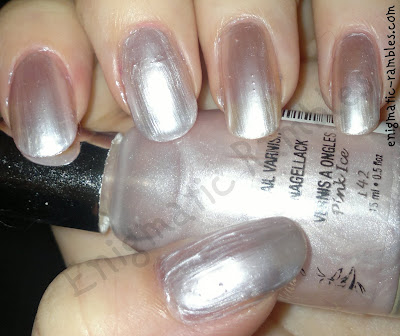 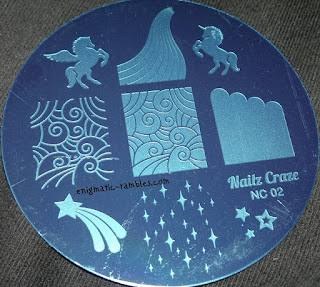 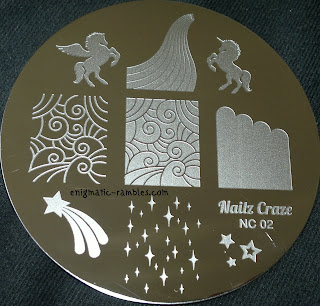 This stamping plate is larger in size than the standard circular plates. This has nine different images in it. Unicorn, Pegasus, Waves, Cloud, Stars, Shooting Star. 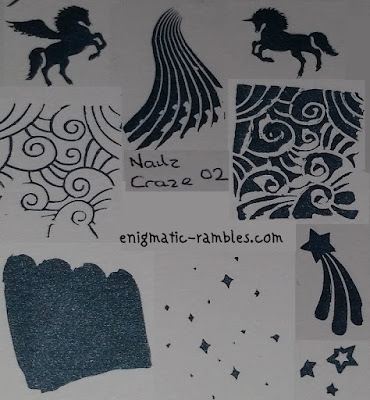 Here are some nail art designs I have done using Nail Craze 02: 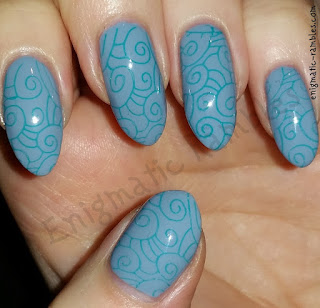 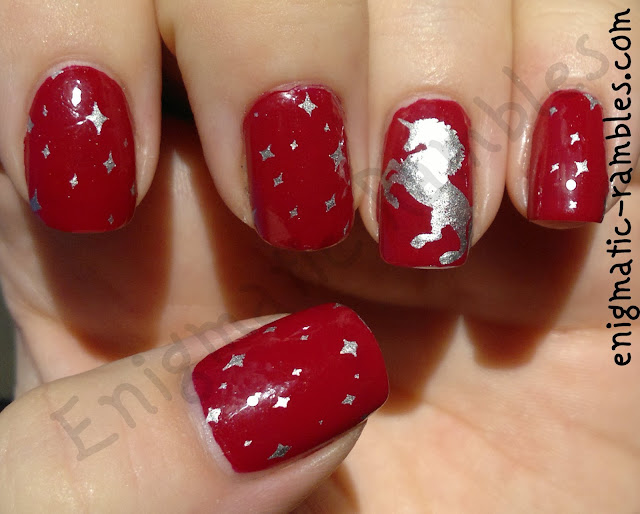 And here is a link to see all of the nail art using Nail Craze 02.

Swatch: Leighton Denny - It's An Honour 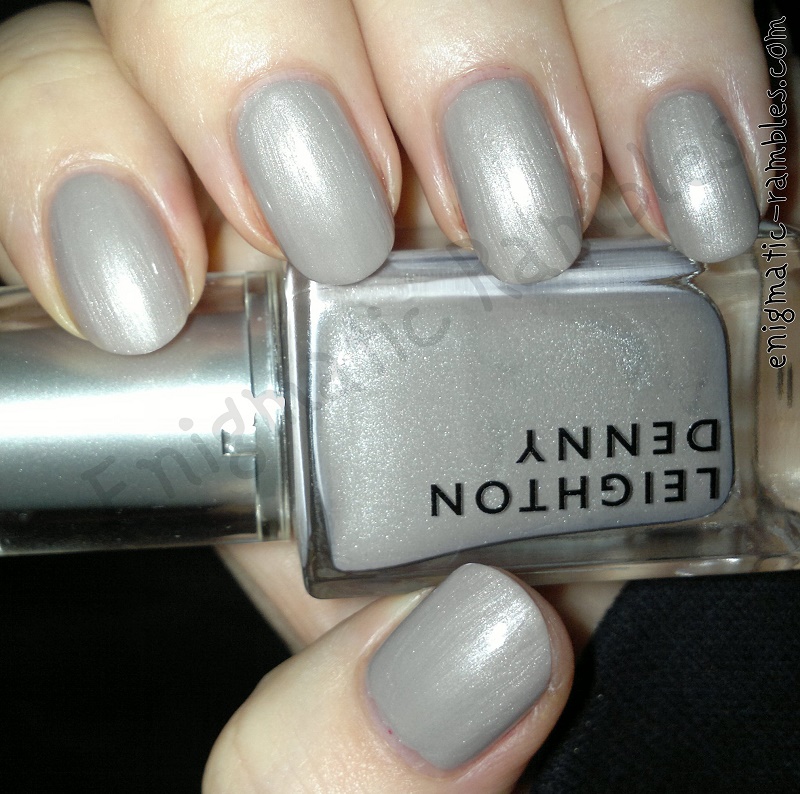 This is one of Leighton Denny's Colour and Go Duo Nail Paint Duo's. This particular one contains 4ml of Under Cover Base Coat and 4ml of the New Crystal Finish Top Coat. I got this in a set, I have also seen this as a magazine freebie.

Under Cover Base Coat

"An innovative, matt-finish base coat that helps 'grip' colour to help maximise wear and reduce chipping. It has colour diffusers to even tone and mask nail discolouration. It contains Panthenol (Pro vitamin B5), Calcium & Vitamin E to help strengthen and support the nail. When UNDER COVER changes from shiny to matt it shows you its time to apply nail colour" - Leighton Denny 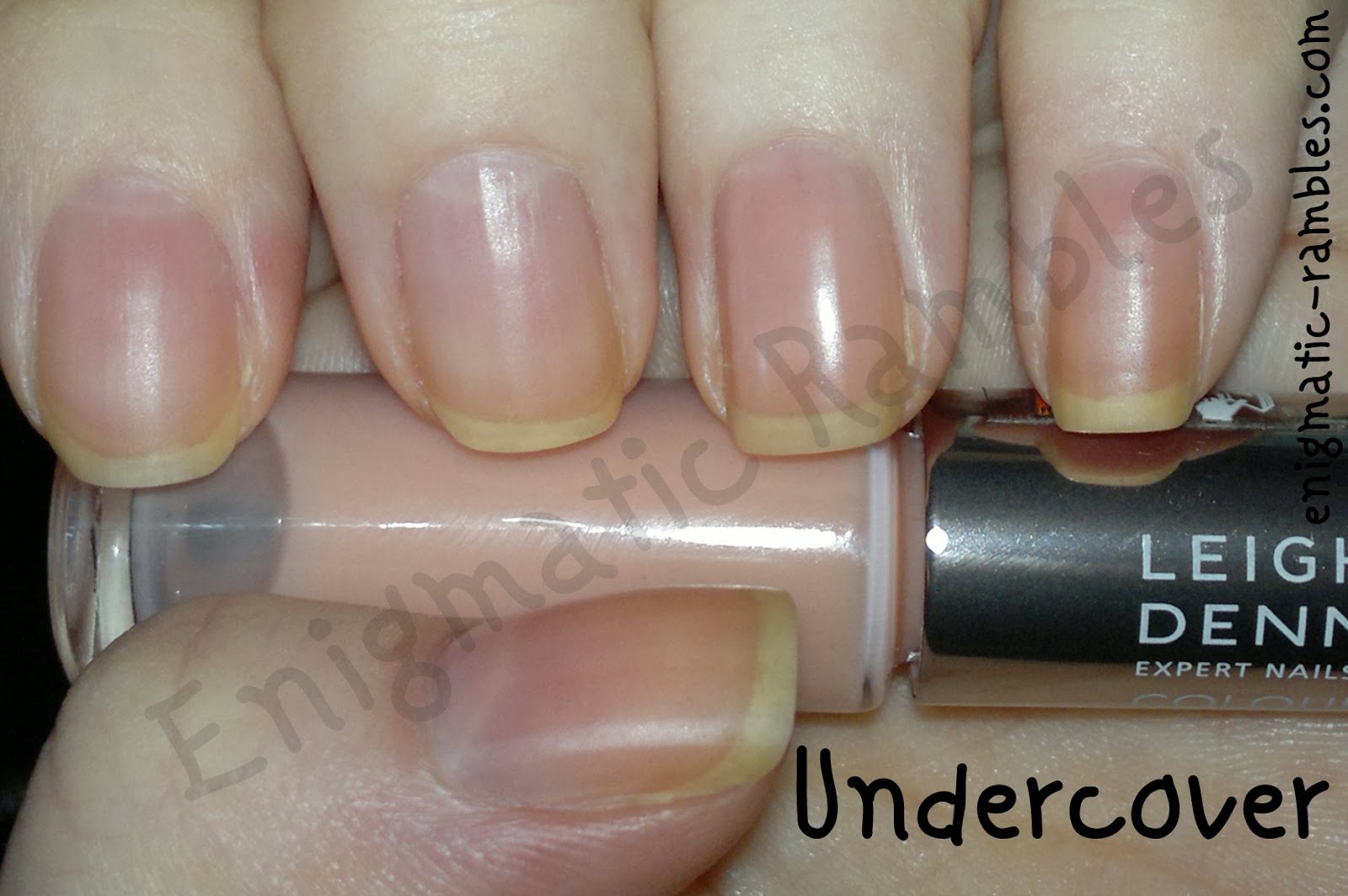 I actually quite like this base coat, I find that it changing to a matte finish really does help the polish you apply on top to stick better as well as being a guide as when to apply the polish.

"Leighton Denny Crystal Finish. This Crystal Finish nail polish offers a crystal hard, fast-drying top coat on top of your nail colour, or a shiny clear polish on its own. Add incredible gloss and lustre to your manicure with this Leighton Denny Top Coat" QVC

This really did dry the polish quickly, not as quickly as Seche Vité, Sally Hansen Insta Dri or HK Girl but still quickly. The shine is great too. This new formulation is definitely an improvement on the previous crystal finish top coat. 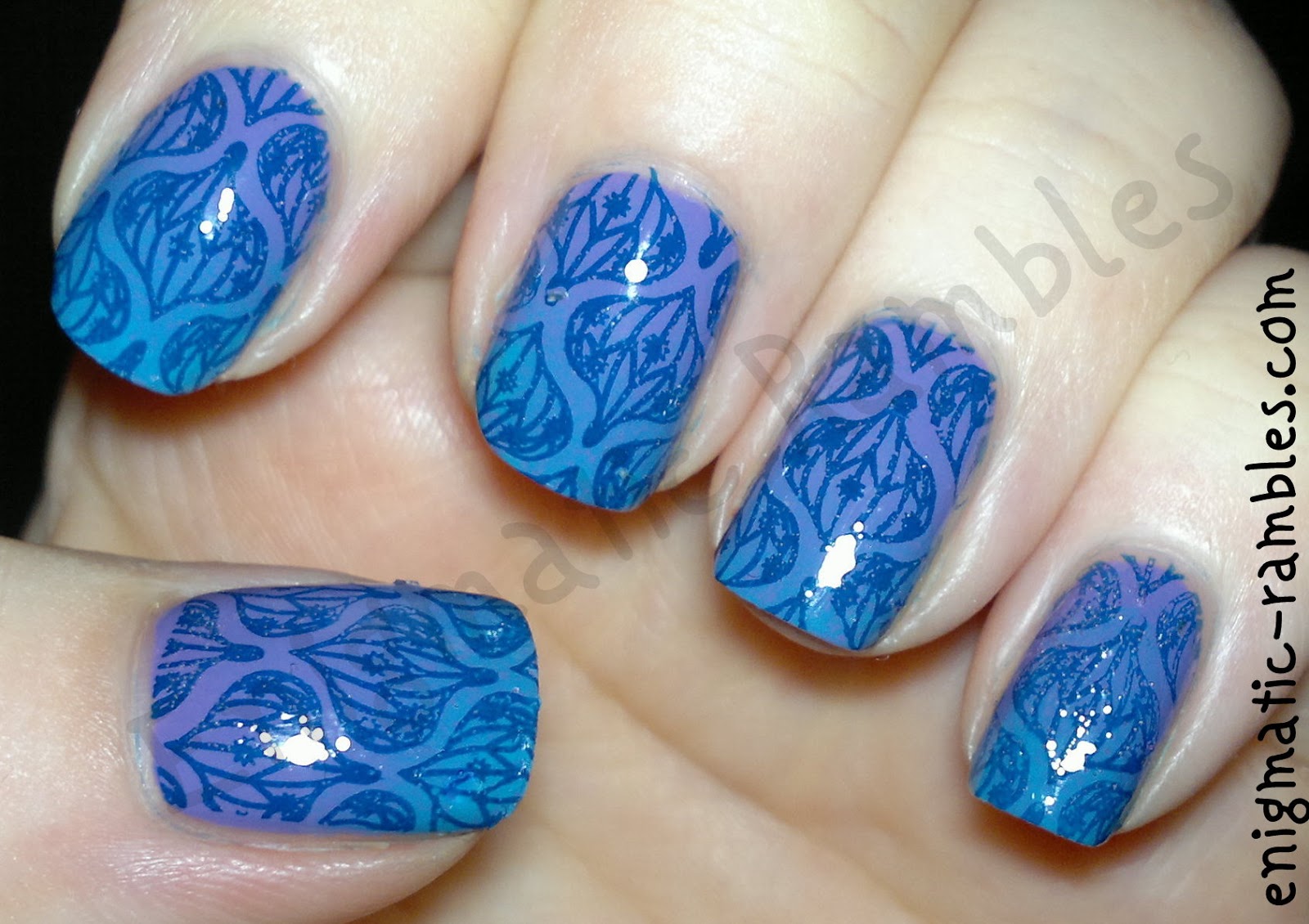 I found the concept of the pen to be very useful, especially for travel. It means you can put this in your nail bag and not think too hard about having the basics. The brushes were both of standard Leighton Denny size and were really easy to work with. I did find painting using the pen to be a little difficult as the brush was top heavy as it had the other end of the pen attached. 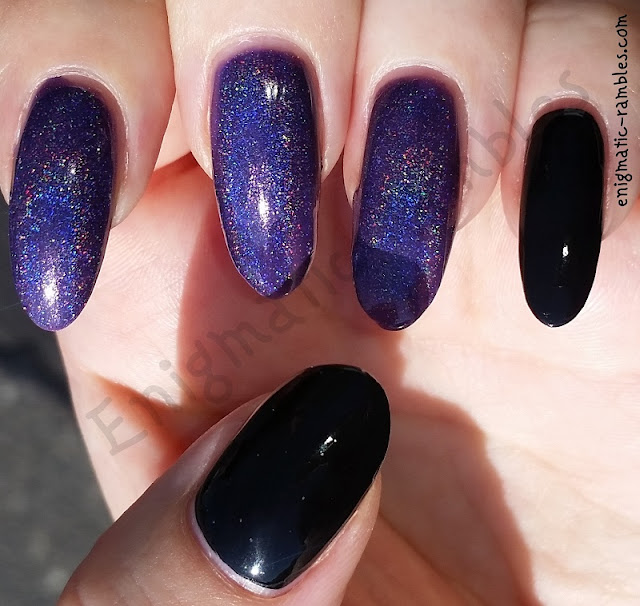 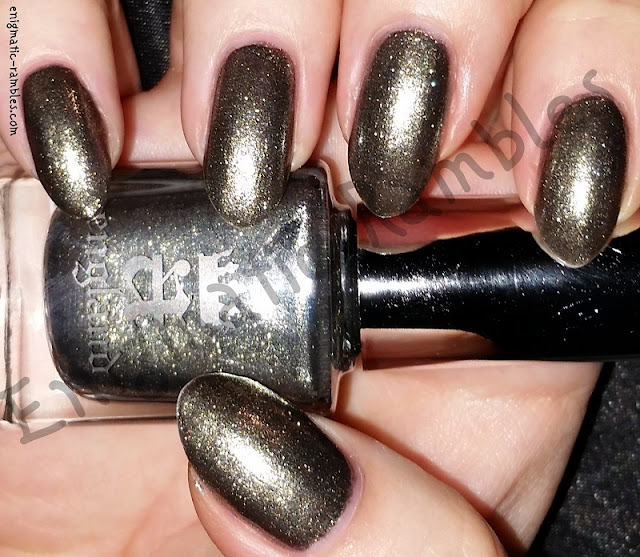 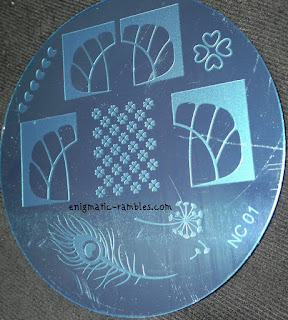 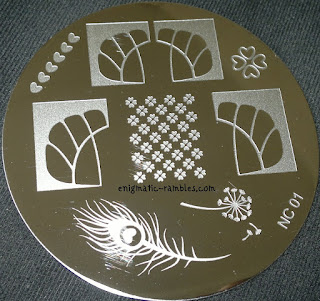 This stamping plate is larger in size than the standard circular plates. This has nine different images in it. Four butterfly wing images, some hearts, peacock feather and a dandelion. Here are some nail art designs I have done using Nail Craze 01: 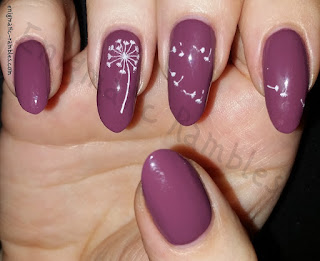 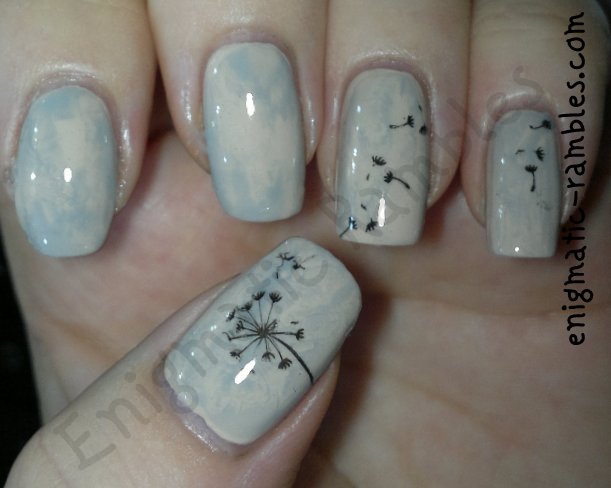 And here is a link to see all of the nail art using Nail Craze 01. 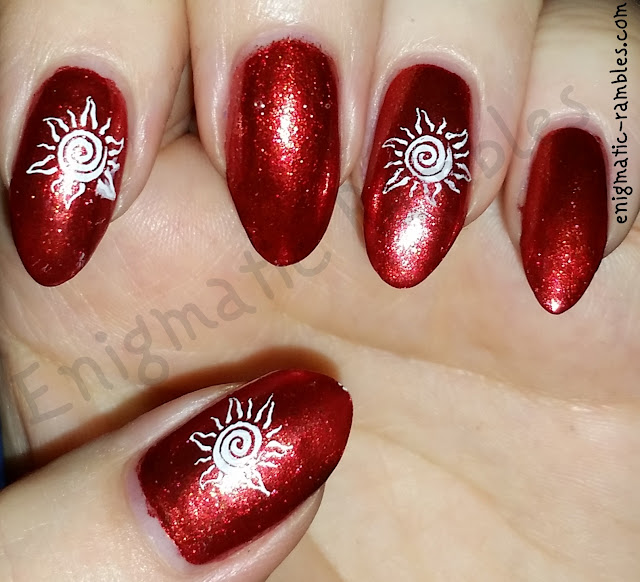 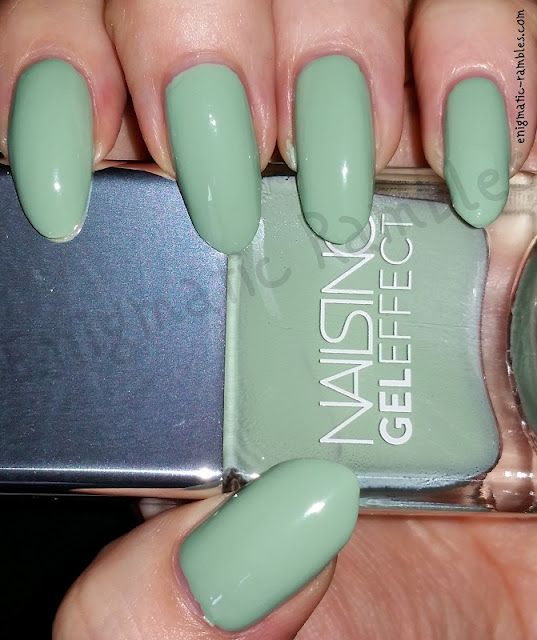