Lord of Misrule '21 is an updated version of a previous incarnation of Lord of Misrule, which has been released as a Halloween limited edition yearly since 2013. The original was my favourite bath bomb from Lush. 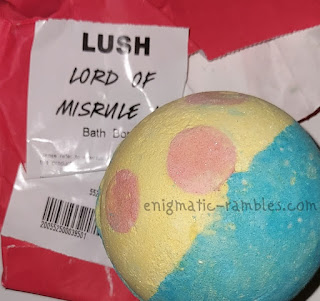 "Prepare for mischief and merriment with this patchouli and vanilla fizzer. A fragrance loved by many, this familiar character has had a costume change this year. Allow the colours of the court jester to transform your bathwater and tickle your senses" - Lush.co.uk
Visually Lord of Misrule has changed from a dark green colour in a crown shape to a standard round colourful one. It also when it fizzes doesn't look dark and mysterious, it spins out light blue, yellow and pink. It doesn't look particularly Halloween-y anymore. 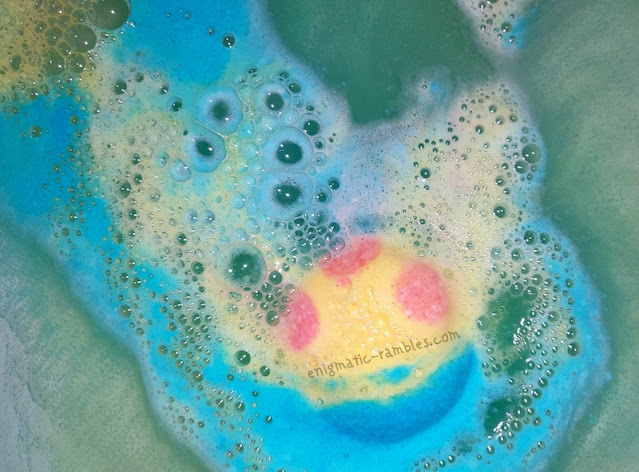 The scent however is the same as the previous version, mainly patchouli but softer with vanilla and pepper. It lingers on your skin for a good few hours afterwards.

The water is left as a light green colour, which is more visually appealing than the previous dark green, brown colour.
Overall this is scent wise the same as the previous version, it just has had a make over and looks less Halloween and more year round appropriate. As the scent is the most important thing about a bath bomb to me I am happy to repurchase this updated version.