Purple and green polishes are today's 'battle'.  There are 12 in this section which made whittling them down more tricky.

So the three I chose were; 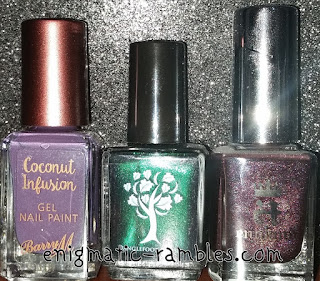 Oasis is a dusty purple cremé polish, a very basic polish but a staple. 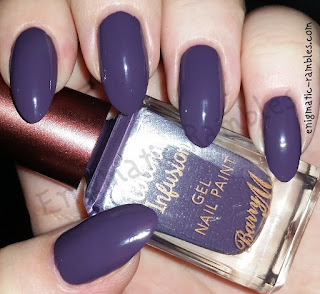 In The Library with a Nail File, this was the last edition to my polish collection in 2017. It is a duochrome, shifting from purple to green, with a couple of flakies thrown in there for good measure. As it is a duochrome is it hard to photograph that shift. 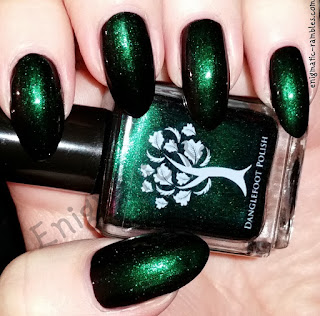 Can you believe these two are the same polish!?

As beautiful as the previous two polishes are, In Robe and Crown won the round. Holographic nail polishes are my favourite finishes, this one is a deep purple, verging on aubergine. Stunning! 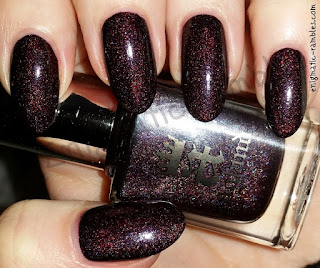