So far I have looked back at purple polishes, nude and brown polishes, pink, red, orange and yellow polishes, glitter polishes and green polishes, today is all the grey, blue and black polishes that joined my collection in 2021. 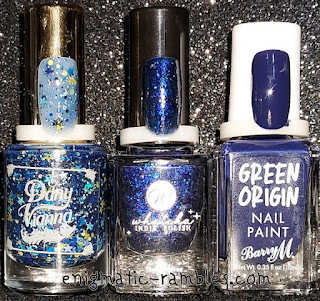 By Dany Vianna Starry Sky, I hadn't tried any polishes by this brand but this one is really beautiful. All of the people I have asked have known exactly which art piece inspired the polish, Starry Night Van Gogh. It was part of August's Polish Pick Up and the theme for that was the elements. A sheer jelly base with glitters and star glitters. 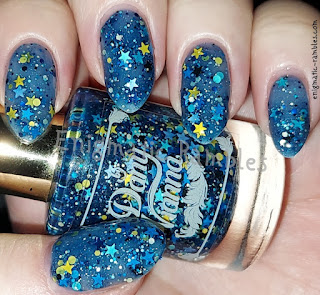 Barry M Night Sky is a straightforward navy cream, part of the Green Origin line, paddle brush and opaque in two coats. I like this polish as a base for nail art, layering other polishes over, it is a deep blue but still clearly a blue rather than a black. 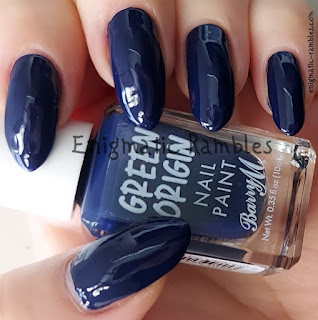 Which leaves Whatcha Heart of the Ocean as the winner. Another from Polish Pick Up, the theme of this one was 'The Nineties' and in particular the film Titanic. The polish is a deep blue base, packed with blue flakes and holo glitter. I like the depth of colour in this polish, and it just like the colour of the jewellery dropped back in to the ocean towards the end of the movie. 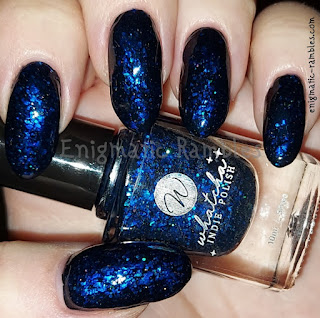