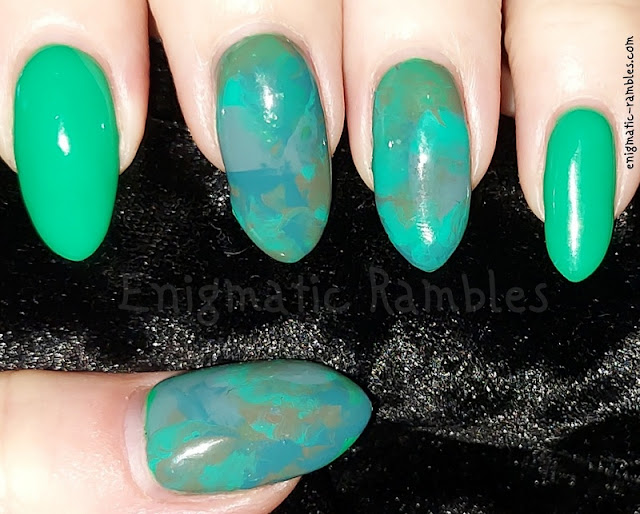 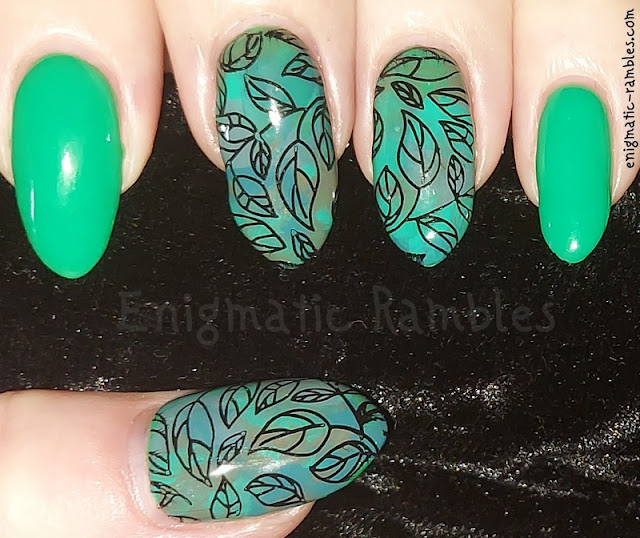 Saturday was the Northern Hemisphere's Spring Equinox, so I thought I would do some nails to celebrate. As well we using more of the pink I am trying to finish! 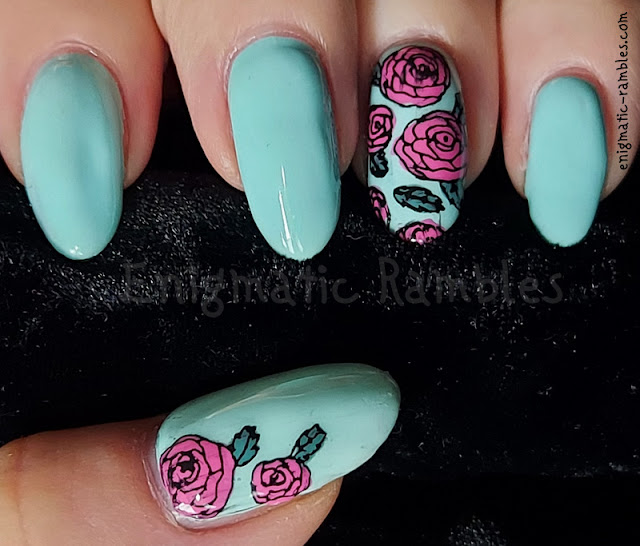 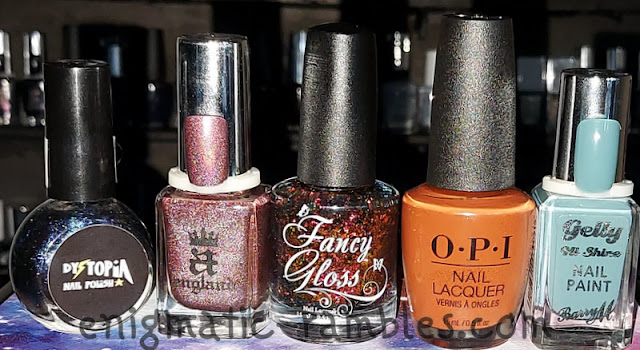 Dystopia - Midnight's Mirror | A England - Maxim | Fancy Gloss - Magma | OPI - My Italian is a Little Rusty | Barry M - Spearmint
Dystopia Midnight's Mirror is a duochrome darker polish, going between a navy and a purple, duochrome's are hard to photograph but they do look stunning on the nails and this being darker makes it lovely for the autumn. 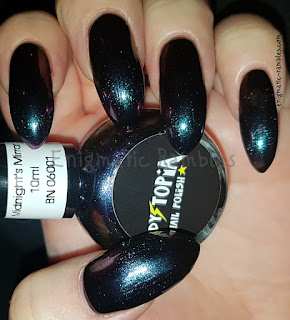 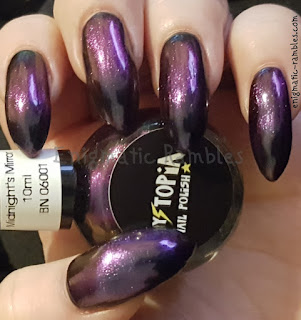 A England Maxim is a muted red shade, not something bright but fits in with the colour scheme of autumn leaves. The fact that Maxim is a holographic adds something extra to it, which I like. 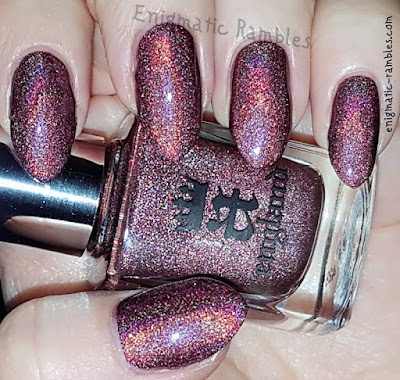 Fancy Gloss Magma is new to my collection, it is a duochrome flakie topper polish. I have worn it over black in the photo below. It again fits in with the colour scheme of autumn, russet, yellow shades. Given this is a topper you could wear it over any of the other polishes I have posted about here. 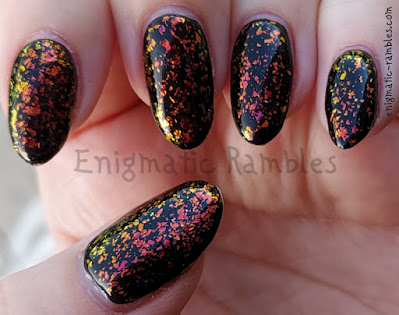 OPI My Italian is a Little Rusty is the newest polish to my collection, it is a deep terracotta shade. Reminds me of something typical in the 1970's, not something I would tend to reach for year round but I didn't have one this particular shade and thought it would be ideal for autumn. 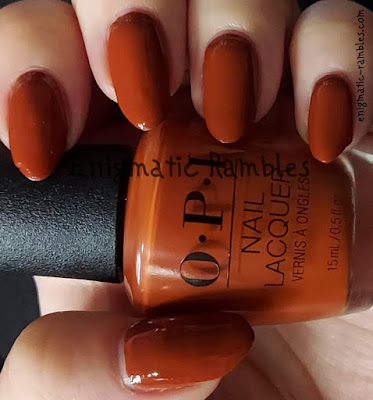 Barry M Spearmint could be a winter polish but I have been reaching for it more often in autumn. It is more of a muted cream polish which would make a nice base for some seasonal stamping, or with Fancy Gloss Magma over top. 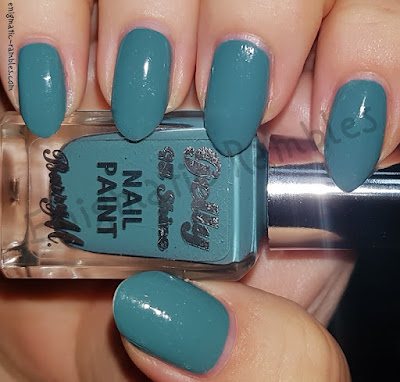 As today is Yule, the Winter Solstice signalling the start of the official winter season I thought now would be a good time to share my top five winter polishes. Also today is the shortest day in the northern hemisphere, will be nice to have some actual daylight once again. I have done similar blog posts in previous years 2018 (here), 2017 (here) and 2016 (here). 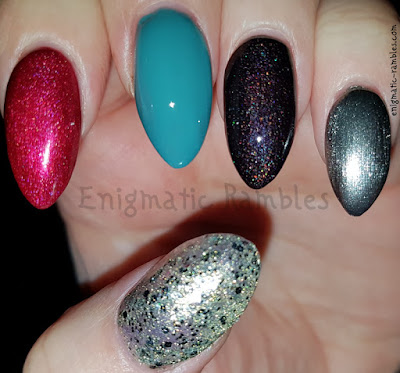 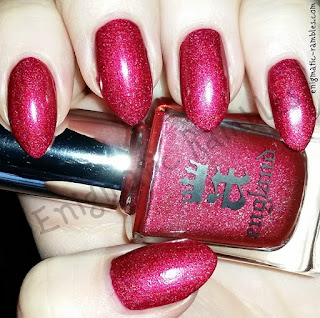 A England Rose Bower, would it be a festive season without a red polish? This one leans pink and is holographic which adds something a bit different to your standard red cream polish. 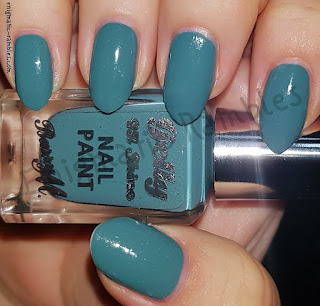 Barry M Spearmint, as with a red a green is a traditional festive shade. This green is more of a muted cream which would make a nice base for some seasonal stamping. 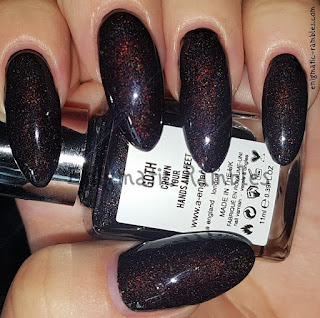 A England Goth, so I was torn between a white and a black for this pick, I being me ended up going for the darker option. Goth is a very dark aubergine polish with holographic particles throughout. This would be nice for New Year's or even a festive event. 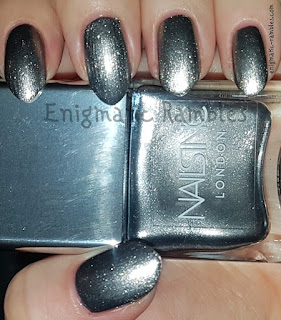 Nails Inc Sound of Sequins, a silver polish is also a good one for events and New Year's, this one is a metallic shimmer finish and nice if you don't want to opt for something darker like Goth. 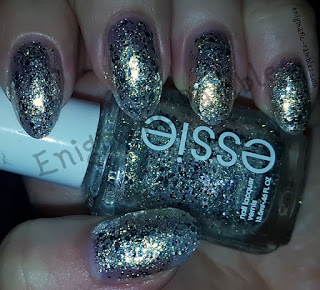 Essie Hors d'oeuvres, for New Year's I think glitter is a traditional choice. This one is opaque in two coats, mainly silver glitter pieces in various sizes, also gold large hex glitters. Very glitzy and does catch the light when you wear it.

Another day another polish battle, and this time it is the turn of my green polishes. 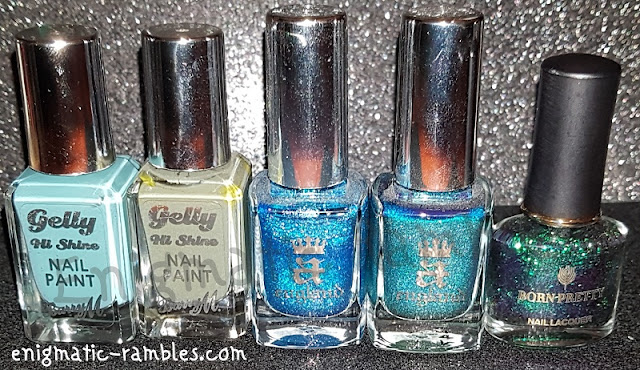 Whittling down to my top three wasn't too hard for this round; 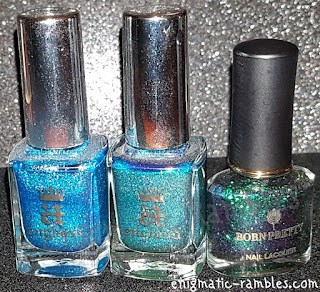 A England - Puck a Fairy is a stunning, vivid aqua colour. Really quite a statement polish and one which I would wear as is which is quite something! 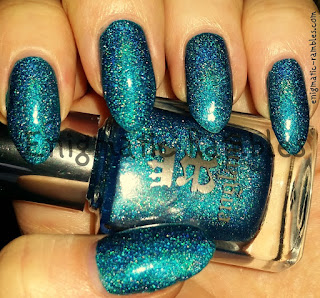 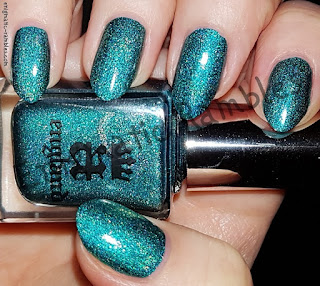 And the winner of this round is, Born Pretty Store - Taj Mahal. This is a super shifty duochrome polish, very strong colour change from purple to green. Can't stop looking at my nails when I wear this one. 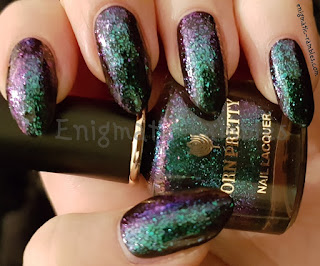 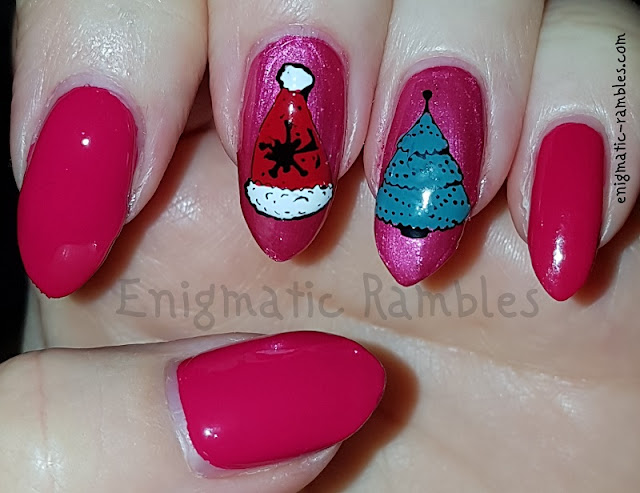 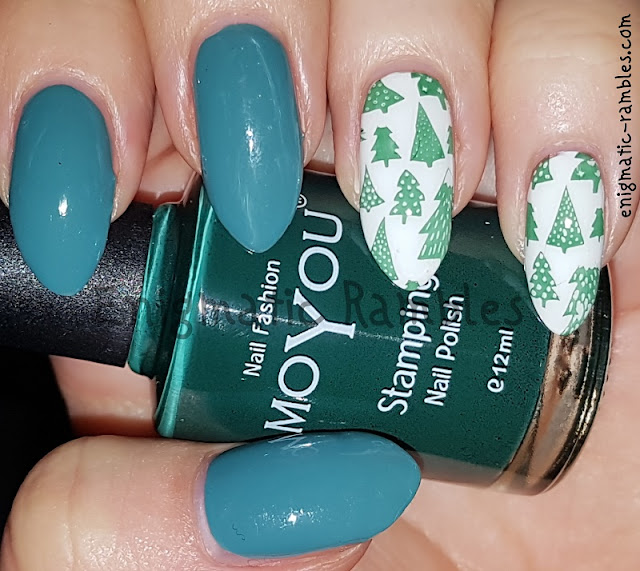